Rained in the night with thunder and lightening. We have a nice stream running by our deck with a very pleasant constant sound. We started off this morning along the coast trail to Monterosso and it seemed okay for walking but the rocks were slippery. We got there in an hour and a half. We scouted out the town, went and had a caffe/latte/americano/in un beaker and started right back again. We took the same amount of time going back even though there were (C counted them) 543 steps up, she actually got to 620 steps before the top. We had taken stuff out of our packs so they felt real light to us. Our breathing is so good that we overtake many people standing to the side resting. We met a young guy coming up towards us and he was stopped rubbing his ankle. I asked him if he was hurt and he said no, just over heated. Most people had street wear shoes on, not proper hiking boots. Fresh buns with ham and cheese on our sunny deck this afternoon. Local bottle of wine with cheese later this afternoon. It is hard to believe the utter destruction and devestation of this village two years ago when a wall of water and mud came down on it. It is still being rebuilt but you really can't see any visible damage now. The trail between Riomaggiore to Manarola to Corniglia apparently is completely closed.
Keeping the trail open in this type of terrain must be a challenge. There have been hikers injured from falling rocks. Apparently an Australian woman was hit with a large boulder and seriously injured last year. We will try going to Corniglia on the coast trail in the morning and see how we do. 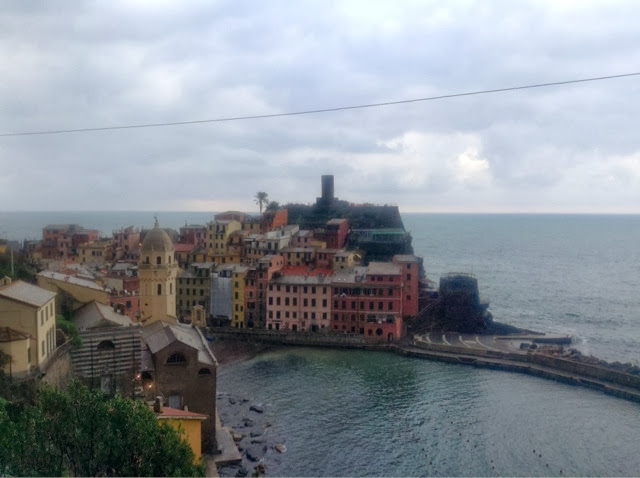 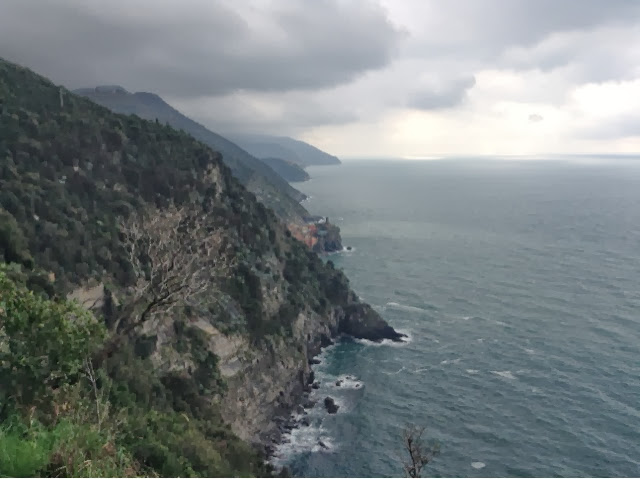 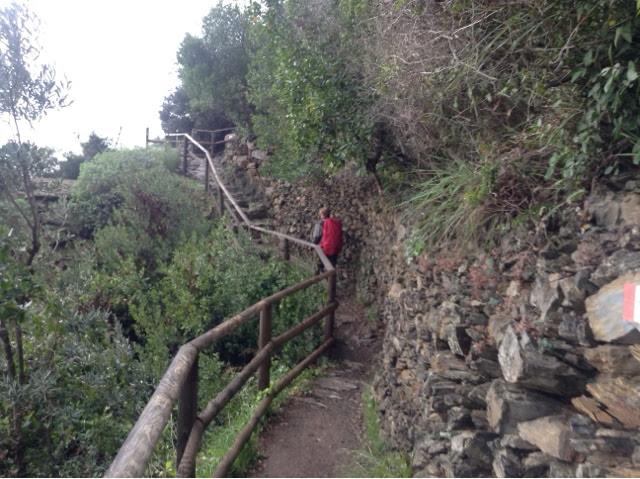 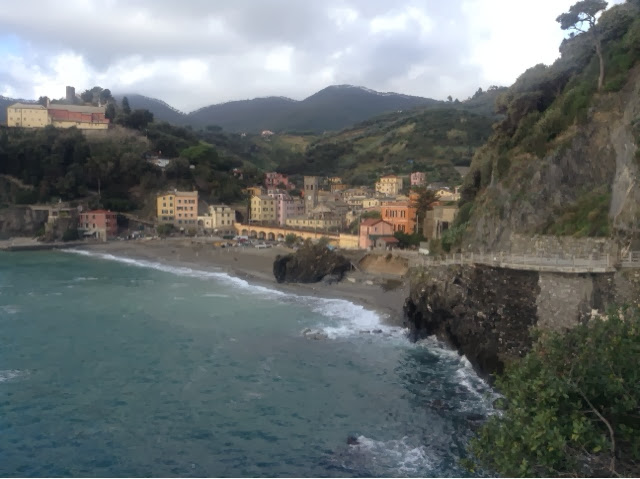 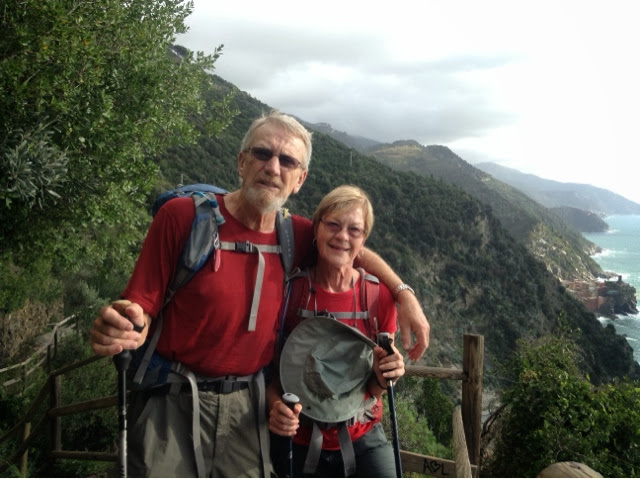 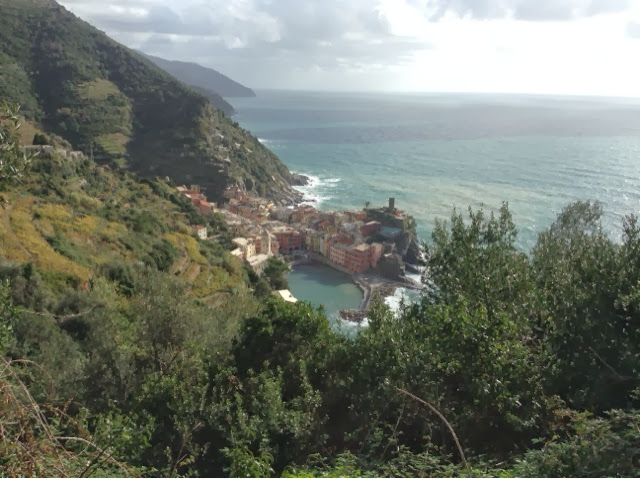 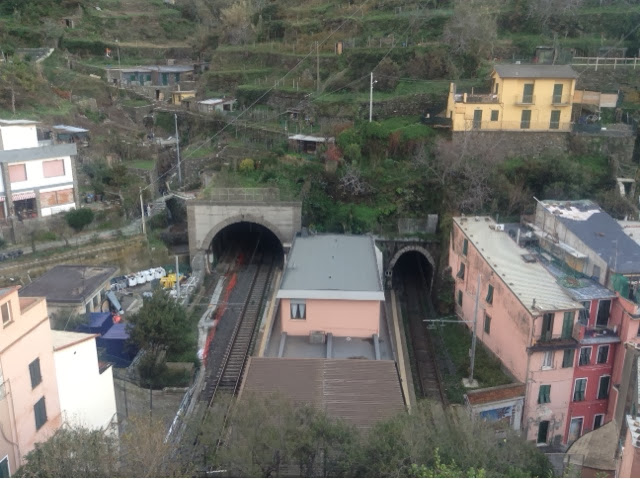 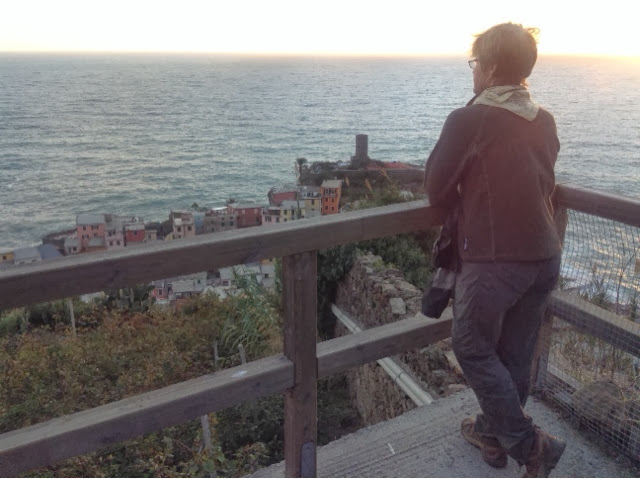 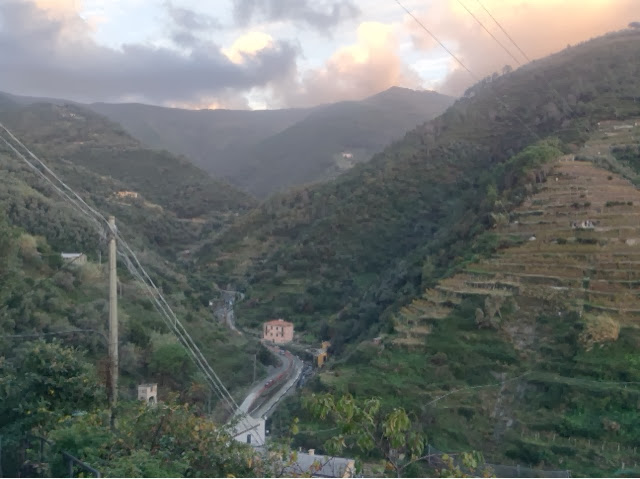