Heard rain in the night but it will take more than that to keep us from Rome. We were up at 6am to get ready for the 6:30am breakfast put out by the sisters. It was a simple but nice breakfast with hot milk for the chocolate. We didn't have any idea of how this day was going to go. We only have 17 kilometres to Rome but the track is along the Via Cassia which is a very busy highway. We agreed to take it as it comes and if we find that we feel too vulnerable with the traffic, we will return and take the train in. We followed the VF indicators along the road and walked on sidewalks if there were some or along the roadside. We walked with the traffic knowing that we had to make a right turn down the road further. We had little trouble walking the road as the morning traffic was at a crawl rather than the usual
race track speed we are accustomed to seeing. The VF markings were not great and as we got further into the city they were older red/white painted ones or just painted arrows. Once in awhile a red/white sticker would appear on a pole. It took us about four or so hours to make our way to St.Peter's Square. We stood around in the square, trying to take it all in. It all seemed rather anti-climatic after having walked so far and overcome so many adversities along the way. We always knew it would be about the journey and the people along the way, not just the destination of Rome. We celebrated with a kiss in the square, a few pictures and a couple of beers with lunch. But the amount of people here. Throngs of tourists everywhere, vendors in your face hawking their goods every 20 metres. This we could do without. It is such a rude awakening from the life we have led for the past 52 days. After a visit to the green tourist information box, as the police person called it, we got on bus 23 going to our destination for tonight. Divine Providence, Hospital of San Giacomo and Saint Benedict Labre at b11 Via di Genovesi in Rome. We had bought bus tickets at the tourist office but when we got on the bus, we didn't realize we should have got on the number 23 bus going the other way. The driver finally let us off and after another round at the tourist office, we finally reached our accomodations. We were met at the door by the two hospitaerios, Fazio and Paulo. It is a wonderful feeling to be made to feel special when you arrive, and they made us feel just that. When we were signing in, I said to them that they remind us of when we used to be hospitaerios in Spain at Santo Domingo de la Calzada. They replied, we are going next week to be hospitaerios at Granon, only 9 kilometres from Santo Domingo. They have very good facilities here with two large dorm rooms, one for men and the other for women. They also have sheets and blankets. They went through the routine for this evening. Vespers with the community at 7pm, welcoming ritual of washing feet at 7:45 pm and dinner at 8:15 pm. They have agreed to let us be here for two nights. This will give us a chance to get our testimonium and Vatican stamp in our passports. At 7pm we went down for Vespers at the convent church. Of course the church is very grand with frescoes all over the ceiling. It was nice to hear the pipe organ being played and the voices of the 18 or so nuns singing. Afterwards we went downstairs for the foot washing ceremony. The Signora and Signor put on their official capes on, recited some words and washed and kissed one of each of our feet. After we all stood in a circle holding hands while they recited a prayer.
After that they asked us if we wanted to sing something. So I started singing our table grace of which I
Know all the words to and C joined me. When we finished they all clapped. Then we sat down to a pasta dinner they made. It was all delicious along with wine.p 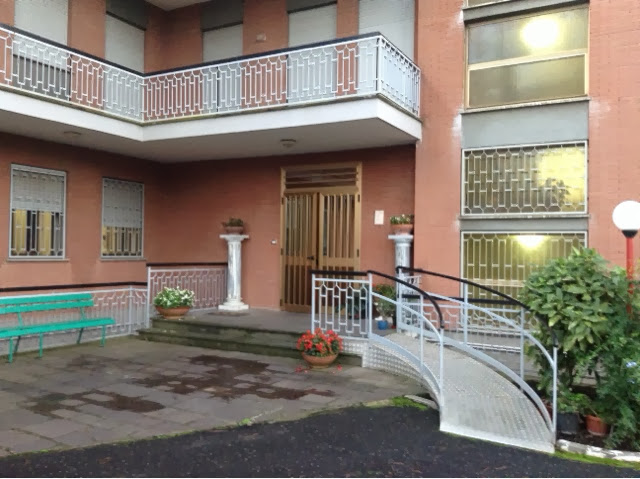 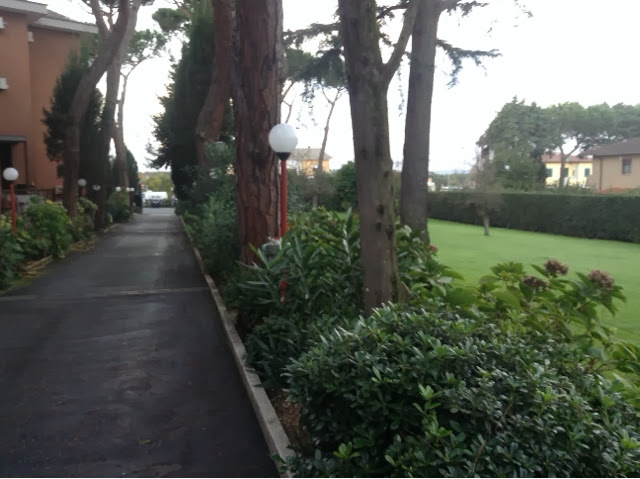 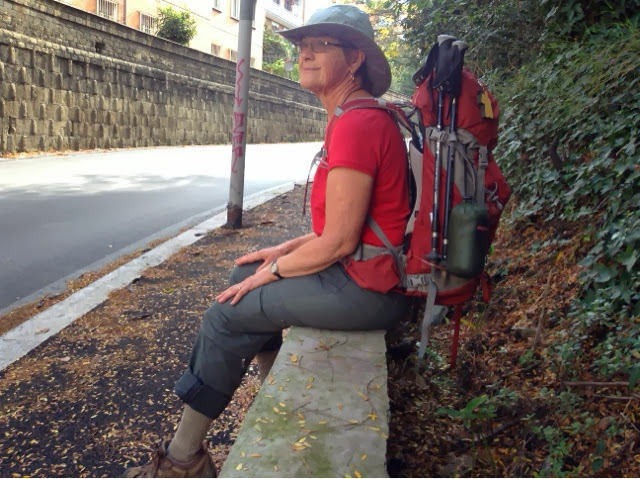 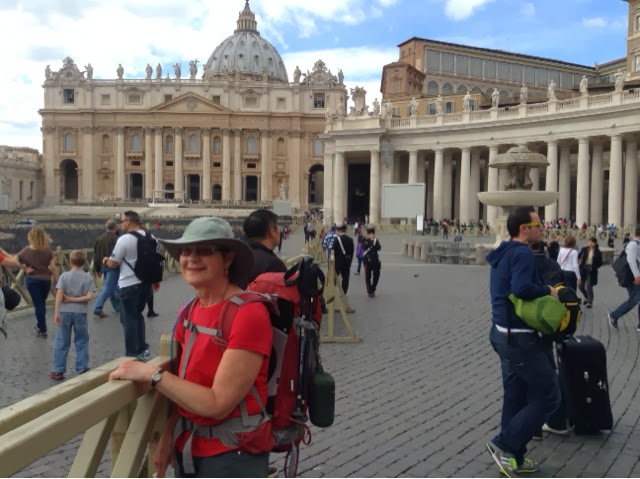 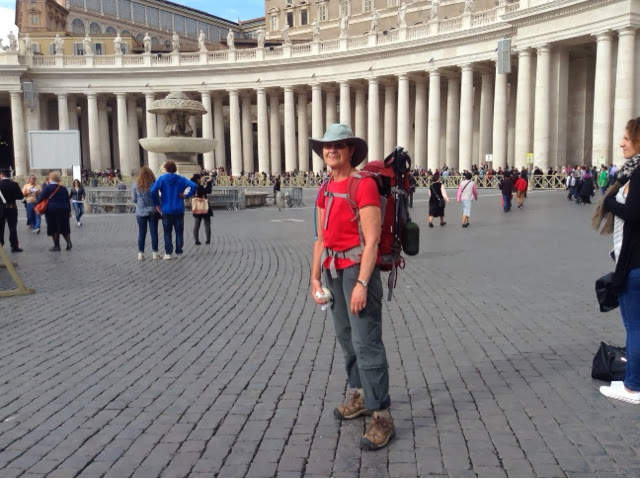 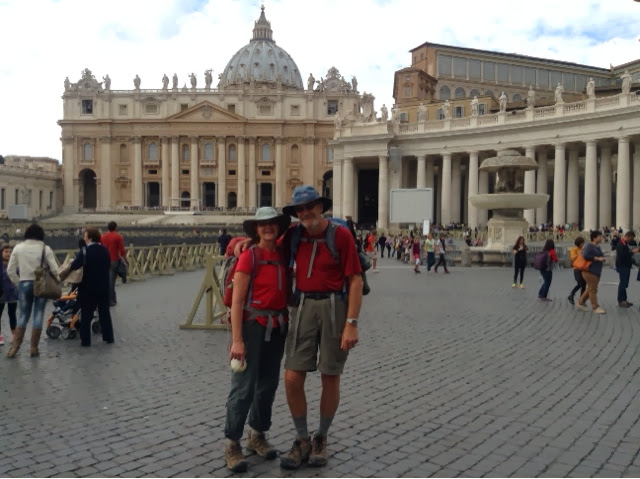 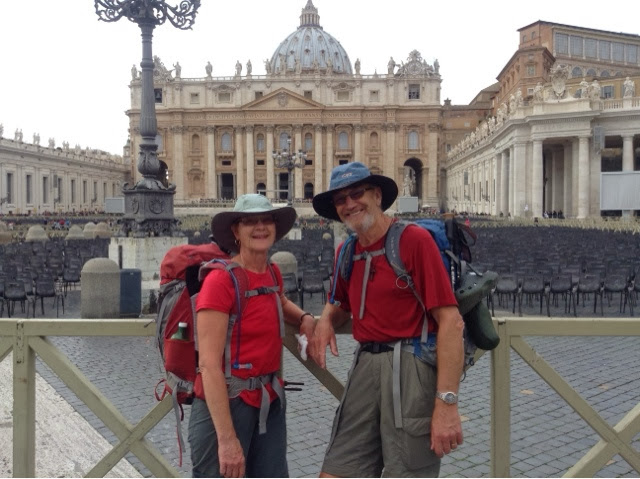 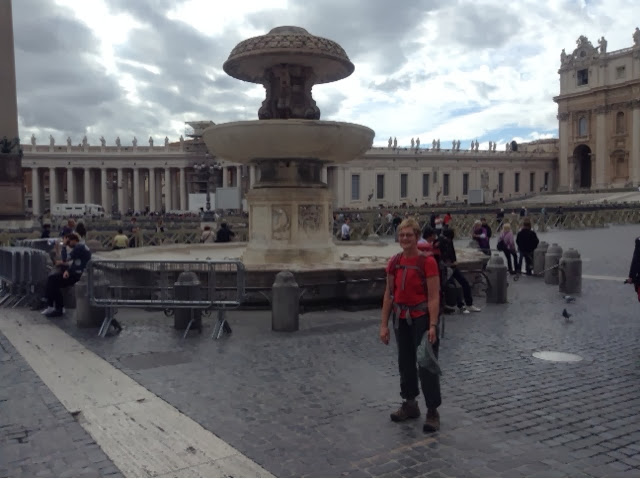 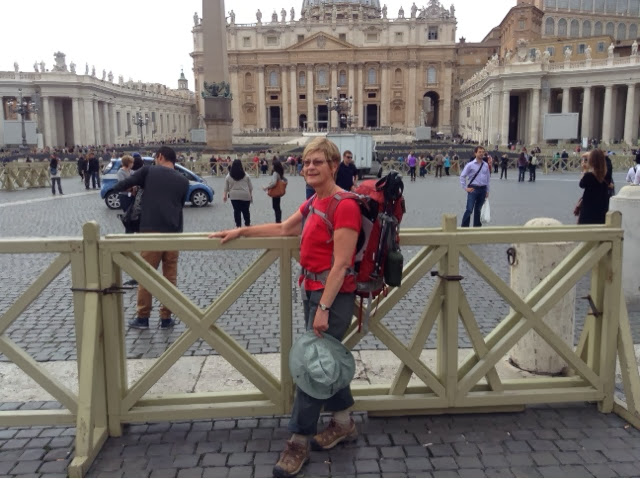 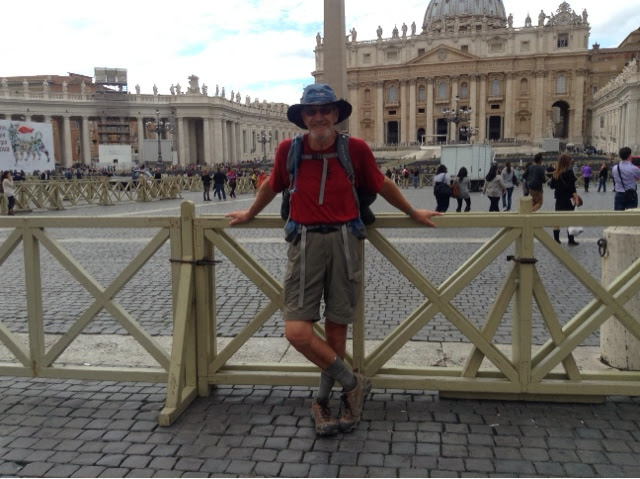 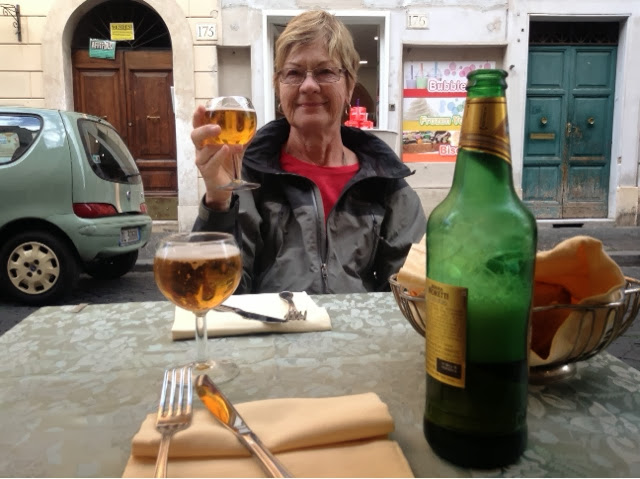 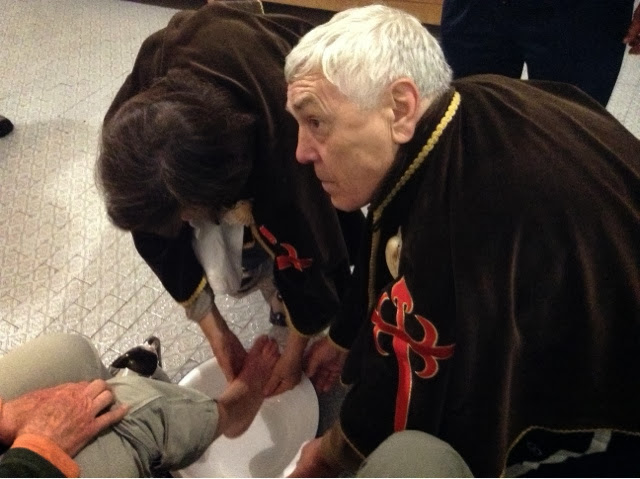 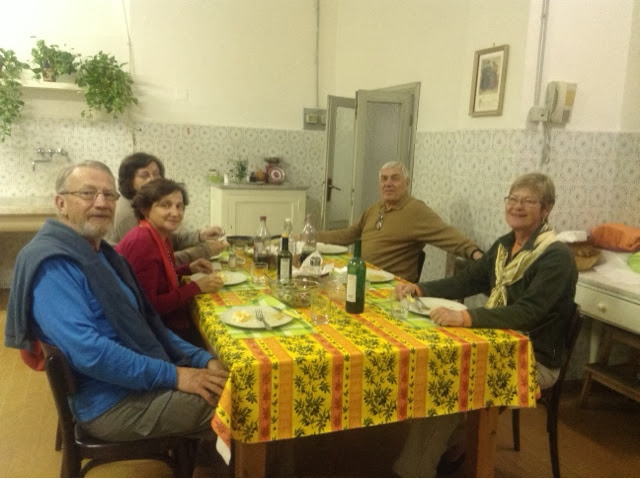