Hated to leave our digs in Dover(not).
30 pounds including pilgrim discount. It included breakfast but we couldn't bear to see what might be served so we snuk out before 7am. Walked five minutes to the P&O ferry terminal. The ferry was leaving at 8.25am so we waited until a bus came to drive us out to board the ferry. I don't think I will ever complain about our ferry prices. The bill was 60 pounds for two walk on tickets. I thought if these ferries are anything like ours, you should go get in the food line, which we fortunately dig. When the ferry docked we walked off like everyone else but pretty soon a bus came along and we were told in no uncertain terms that we should have waited for the bus. We found our way through town to the beach and walked for about 10 kilometers since we missed a wooden walk way somewhere that was in the guide book.
It was a beautiful day and there were many fisherman surf fishing. The tide was going out and the walking was good in the sand. We went inland along cliff paths to Cap Blanc ( cape white nose) white chalk cliffs, and later down to the beach for the last 5 kilometers into Wissant. There were literally hundreds of kite surfers out in the water. After much trying we located Chez Edwige that was recommended as having good food along with rooms.
The room was $46E for two including breakfast and we splurged on my favorite, escargots along with dinner. Anyone who doesn't take this beach route is missing a good day. 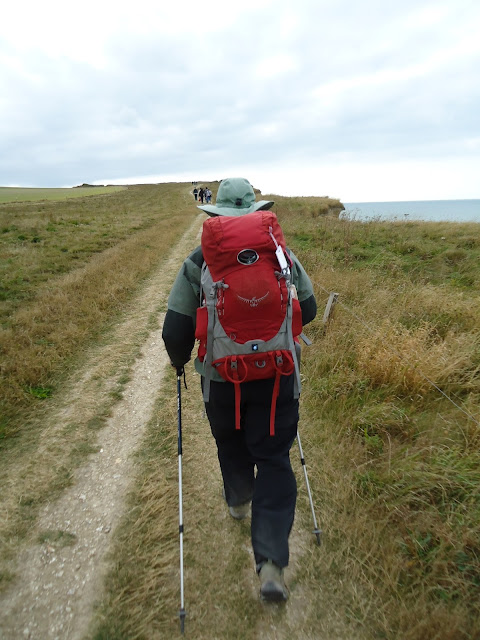 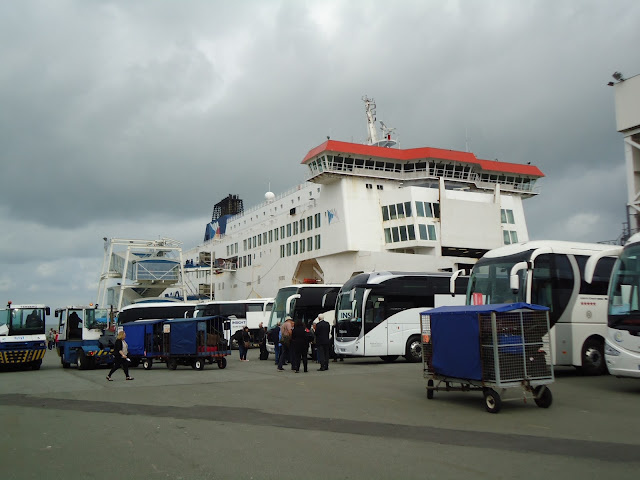 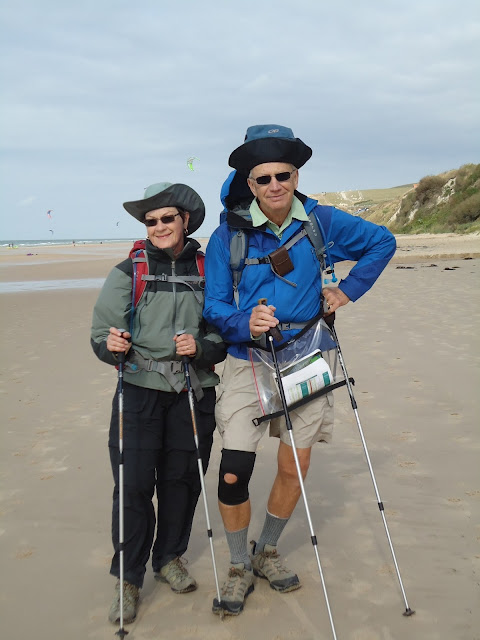 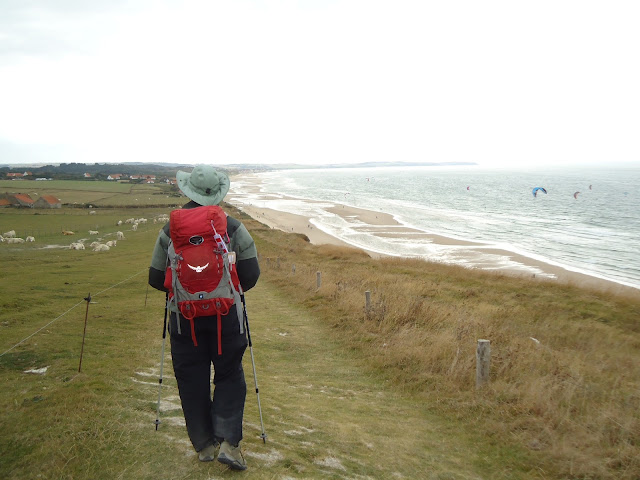 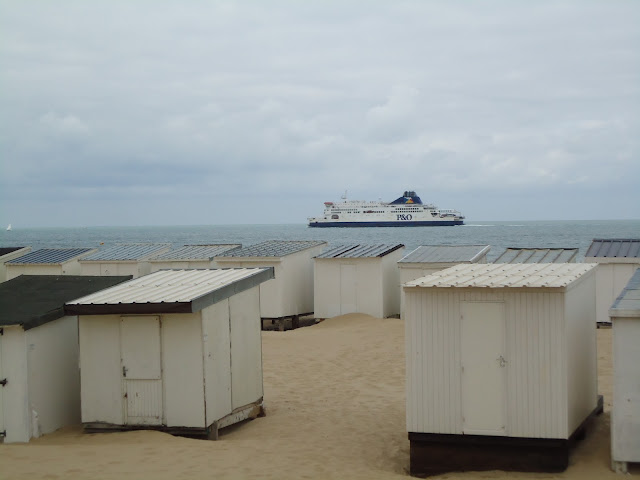 Email ThisBlogThis!Share to TwitterShare to FacebookShare to Pinterest
Labels: A bit of a wind made my hat very pilgrim looking.