We enjoyed a good breakfast with Madame in the Hotel Terminus.There was ham and cheese so we made sandwiches to take with us. The weather was great and we took are time and left about 8am. Our plan was to walk about 4 hours to Bourg Saint Pierre and then the next day walk to GSB at the pass. Well we reached Bourg St. Pierre about noon and after talking it over, decided to walk all the way to the pass at 8100 feet since the weather was so good. Well it took us another five hours to make it to Grand Saint Bernard. To say we were exhausted is putting it mildly. Around every corner there was more elevation. Charlotte's ears kept popping with the increased elevation. Our legs were getting like rubber and the footing on the stone paths was not great. This nine hour steady walk with no break other ten minutes for sandwiches started to take its toll. As we kept going up we had to stop every so often to catch our breath and give our legs a break. In the last hour we were stopping every five minutes or so. As we were getting close to the top it took all our resolve to make the last bit. They were not expecting us until tomorrow but they sat us down in a dining room and brought us a large pot of tea with honey. We were both de-hydrated and the tea was fantastic Eventually the priest came and he kept saying that our reservation was for tomorrow. I said perhaps we could go back down and walk up again tomorrow. He went away and came back with a paper with our room number and prayer and mass times as well as when meals are served. We agreed on full board for two days. That will include the room, lunch, dinner and breakfast for 140 chf per day. After getting to our room we collapsed onto the beds and slept. The heavy duty bell was rung at 6:15 for prayers but we didn't have the strength to go, perhaps tomorrow. We still haven't met any other pilgrims and there was only five of us for supper.
Two were French speaking volunteers and the other was a young German on a retreat and doing some local walking. 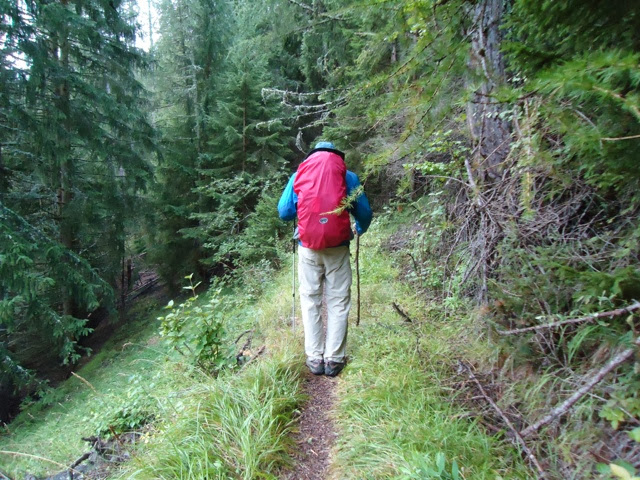 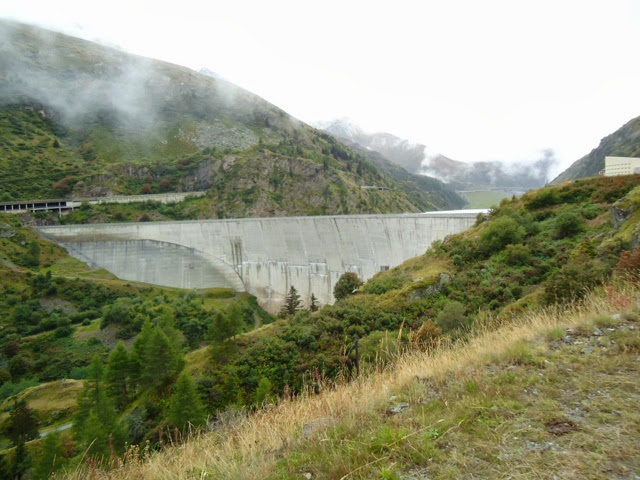 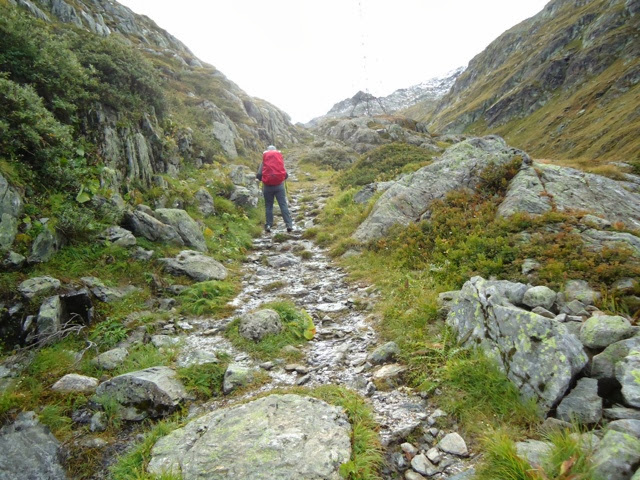 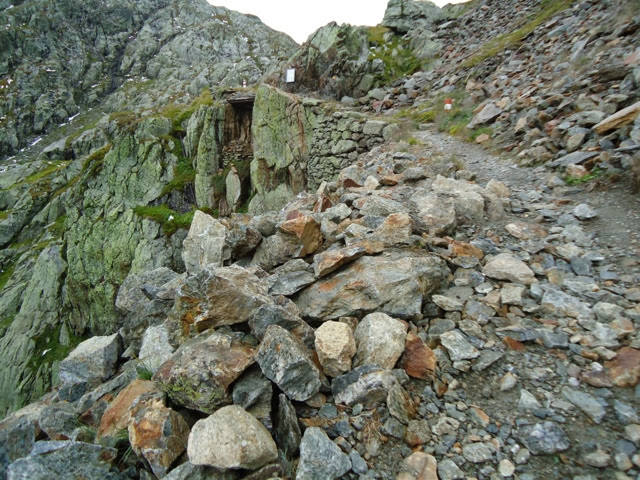 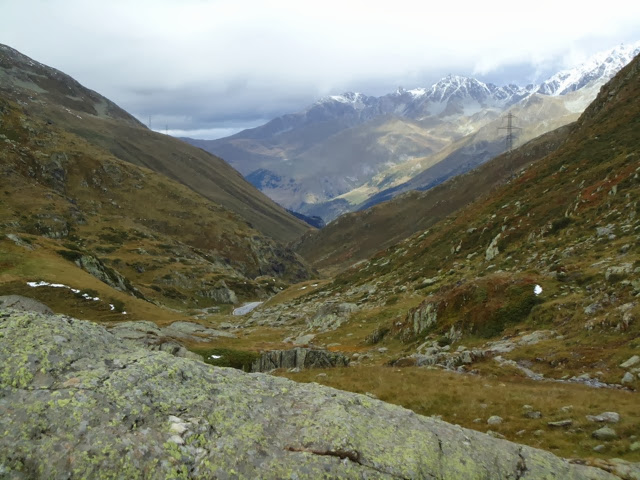