Another different kind of day. Neither one of us slept very well last night. The two young men that were with us in the six bunk room were very nice. They were perhaps in their let teens or early 20s. They were out camping in the Alps as an adventure but when the weather turned they retreated into the cheapest accommodations available. There were other young Brits there either playing house while biking Europe or other such travel methods. They were all having a good time, no doubt. We too remember our youth and all the issues that went along with every new generation. After trying to get Charlotte into the upper third bunk with no ladder and just the two of us in the room, we decided on each of us taking the middle bunk. So with the young men on each lower bunk we hunkered down in our refuge. Neither of us kept well and with our headlamps on we were up at 6:15 am and down to th bike shop at 7 for coffee and cruisants with sandwiches to go. There was wind and rain all night but just light rain in the morning. With the iPad enclosed in my kayak clear map case and  open to the guide book, we picked our way through the city on to the trail. In short order we were into the woods on the IDE of the mountain with Charlotte in the lead. I hadn't informed Charlotte that this was the portion of the trail that some had deemed too dangerous to cross with inclement weather. There were several places with chains into the rock with a very narrow path suspended several hundred feet above  the river. The going was slow as we picked our way over ricks and roots trying to keep from slipping on the wrt surface. Our poles were almost essential for balance and stability. This is where we come to  the Good news, Bad news, situation. There was a lot of large flat rock we were going across when my boot slipped out from under me and I although I tried to dig my pole in, it was on a rock surface, and down I went. Charlotte turned around when she heard the commotion and her first reaction was, you broke your pole. I laid there for a few minutes to determine if I was okay or not. Well I could see that the pole lower section was broken but fortunately I wasn't. With no damage done other than I now have just one pole to navigate with for the next six or seven weeks. After an hour or so I found a suitable wood stick that took the place of my missing pole. Charlotte did comment that there was nothing much to navigating along the side of the mountain. We took the high road from Sembrancher and the views were most stunning. You don't see this on a cruise. There is much new snow on the mountains and at quite a low level, shades of the next two days travel to come. My knee has become an issue over the last few days and developing into a limp after 3 or 4 hours. The validity of the anti-inflammatory cream from the physician is definitely suspect. After encouragement from Charlotte I downed a couple of her stash of Advil and lo and behold, I went 61/2 hours with no problem. We dug into our Swiss francs for tonight's accommodation to the tune of 120chf. We have a double room with no bunks beds or other company, and a duvet a foot thick. Instead of going out to a restaurant, we went to the local grocery, Hungary of course, and came back to the room with local cheese, wine and fruit. Plus a bake shop Goodee. Another very good day and Charlotte is more than keeping up due to her gym and paddling conditioning prior to coming. Because of the altitude increase tomorrow, we have decided to half the eight or nine hour day and stay half way at Bourge St. Pierre. We do not know when we will run into this snow we see ahead of us, or if we will, but now we can go a little slower and enjoy the mountain views knowing we don't have to push too hard to get there. Francis had given us a phone and we got a Swiss SIM card for it, but it doesn't seem to want to work for us so we ask others to make the calls for us. Charlotte has drawn clothes washing duty again tonight. 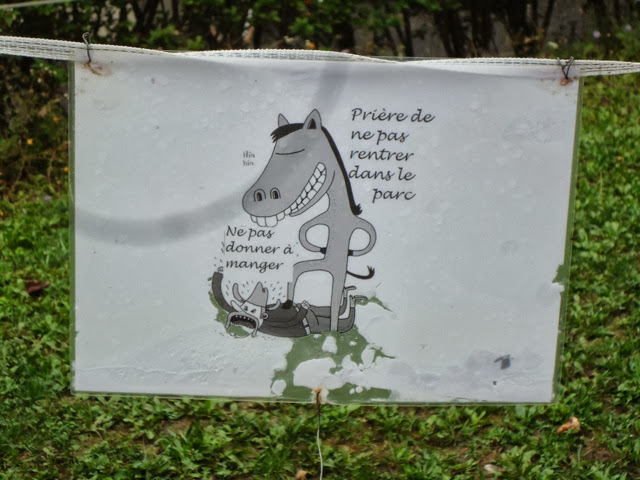 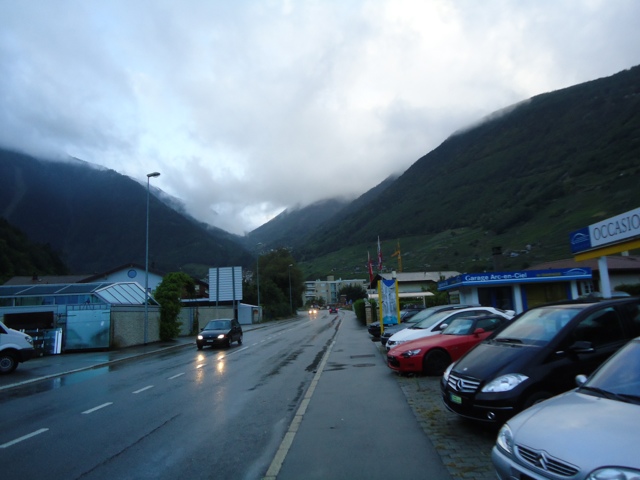 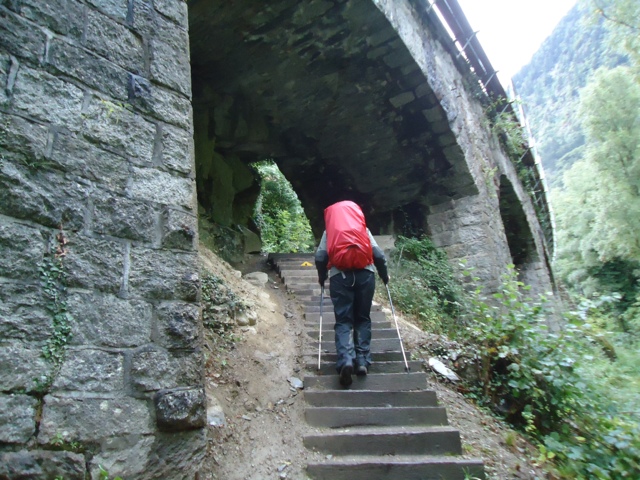 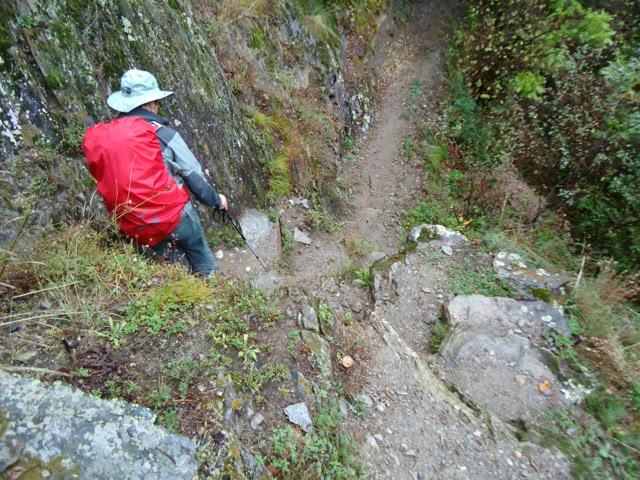 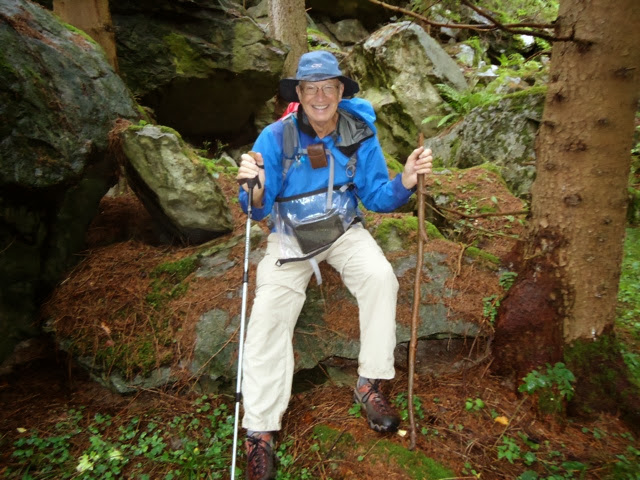 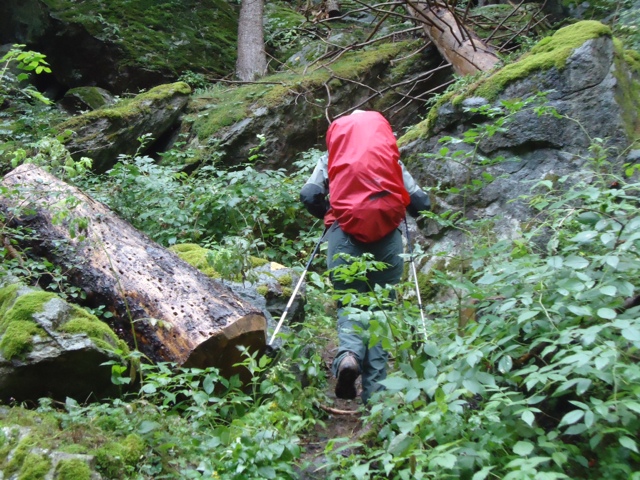 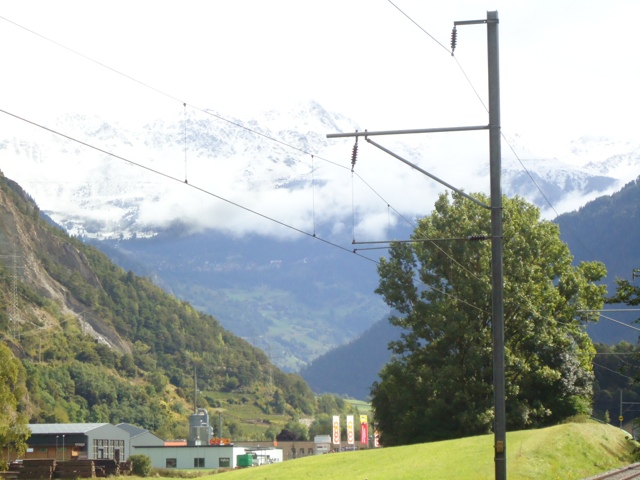 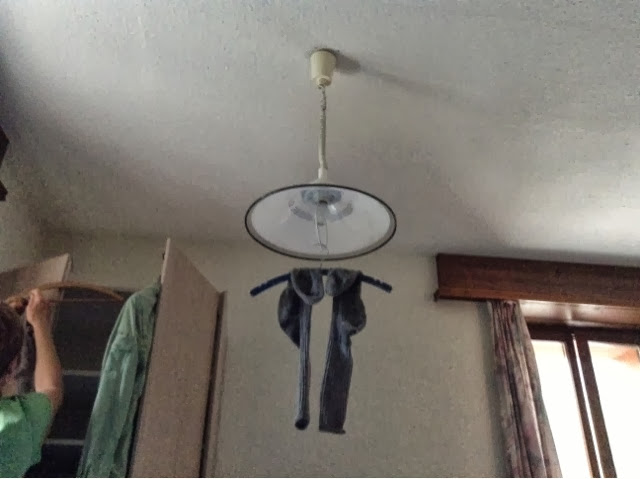