Again, people went way out of theWe haven't been hungry since we arrived in Saint Oyen at the Chateau Verdun at 12:45pm and been asked, do you want to eat? We have no idea if the cost of this full board, but trust that this religious facility will hopefully be kind to pilgrims on their way to St.Peters square. On the counter in the reception area is a brass plaque of a Via Francigena pilgrim. In the first village when we entered Italy we encountered an elderly man who addressed us first in Italian and then in French and then in questioning English. When we replied in English he smiled and asked where we were going. When we replied we were pilgrims on our way to Rome for the next six weeks he clapped his hands in amazement. I said to him that I had heard  Italians are very friendly and would welcome us with offerings of bread and wine. He laughed and said, do you want me to go get you some wine? We left with both he and us laughing. We left our room for the reception area around 7:15pm and found around a dozen people gathered waiting for dinner to start at 7:30. When the time came, we all filed into the dining room and the (priest?) indicated to us which table we were to sit at. We all stood behind our allotted chairs and then sat down in unison. We were seated with four other people, one man and three women. They were on their way to a religious retreat for the weekend.and all had French as their mother tongue but after a few minutes we wee conversing in English. They ordered a bottle of wine and soon we were enjoying course after course of salad, fish, and vegetables to no end. Being a pilgrim and walking in particular, opens up the opportunity to many subjects of conversation. Earlier in the day as we were coming off a mountain trail that eventually was no more than a goat trail, we arrived above a road construction site and our trail  just disappeared. Down the clay bank I slid, on my rear end and over some heavy steel girders and into the road. I knew my partner would have unkind words about this part later in the day.i have been told not to say agin, all roads lead to Rome. It is no wonder people don't get up early in the morning in Europe, they don't have the heat on so they stay in bed as long as they can before they just have to get up.
Today is Aosta, about 18 or so kilometres away and down the mountain. Charlotte has some trepidation about what we are going to find for accommodation. After the room in Lausanne which was in the church basement and could best be described as a half storage/bedroom she has less faith than I do in what lies ahead. I find it best to wonder what we will have for breakfast, which is much more immediate. We eventually found the church and the secretary stamped our passports and showed us to our little suite above where she lives in the back of the church. It is all quite new and tidy. She speaks French and I struggled to get all the words. Went out tonight and had a beer and spaghetti.
Later we knocked on her door and asked her to make a reservation for tomorrow. After much ado, the local scout leader was brought up and translated for us from English into Italian. The short answer is we have a room and breakfast in Chambave abut 22kms away, at a pilgrim rate of 23Euros each. Now to see about those screaming calves from two days of downhill. Again, people went out of their way to help us. She was getting ready for bed but asked to be excused and went and got dressed to have us sit in her living room. 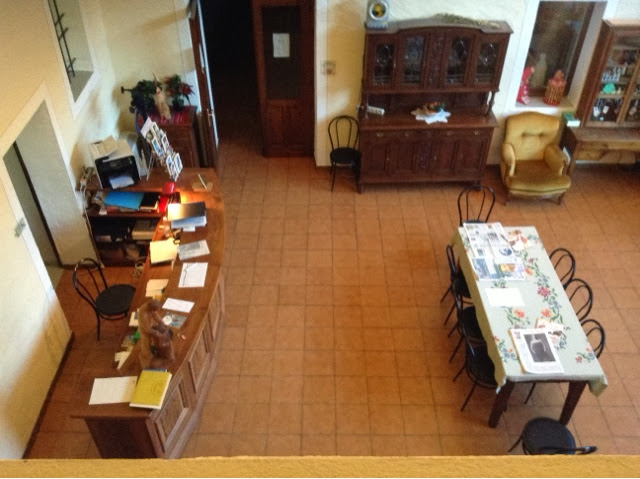 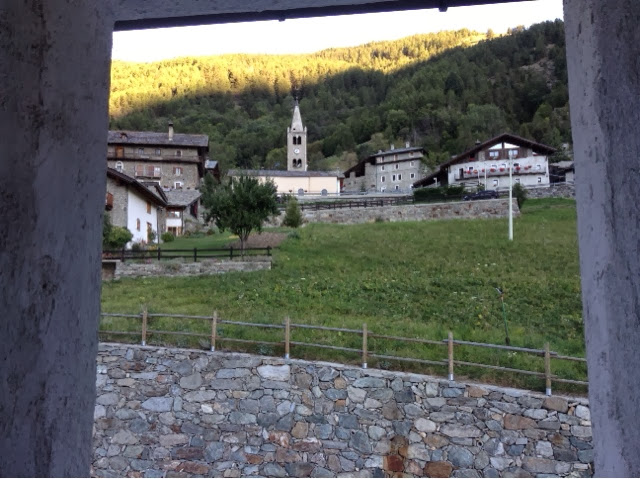 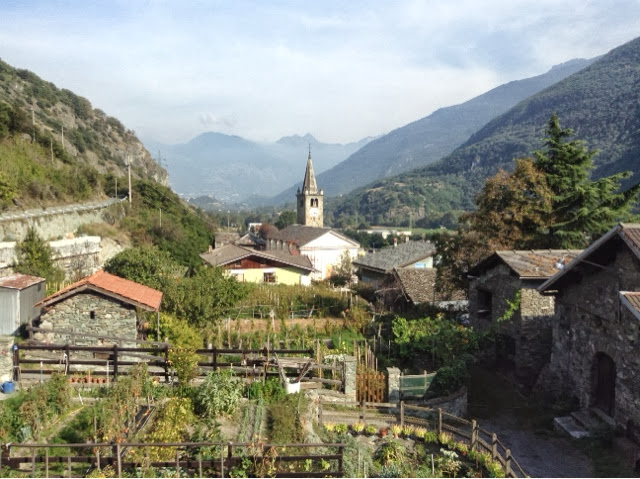 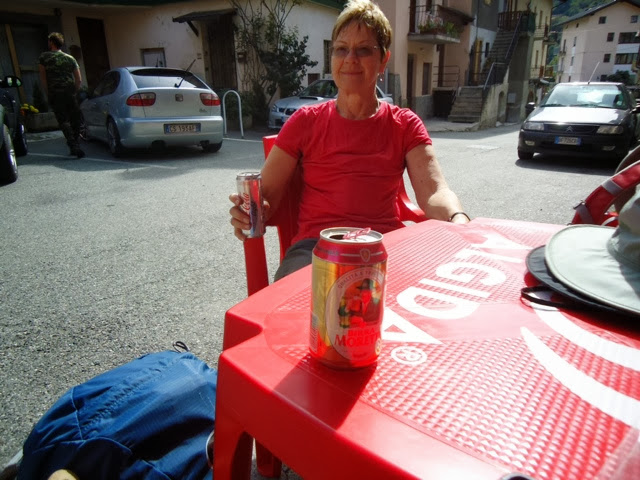 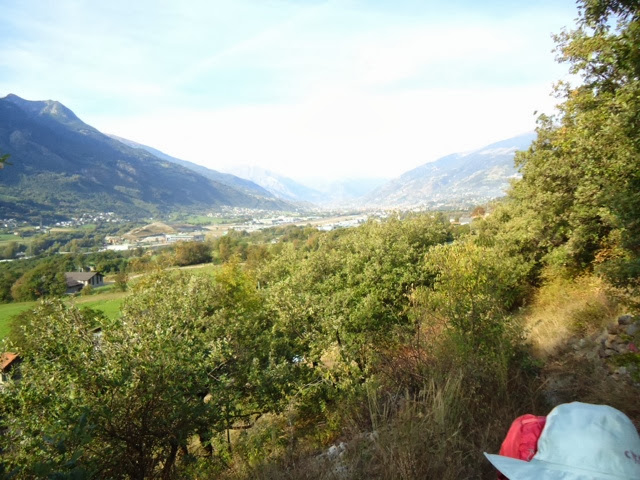