After 10 hours of sleep in the best bed yet and by far the most expensive, we were ready to hit the road. She had put out by far the most elaborate breakfast yet. Brown bread toasted, fruit and yogurt and granola. Boiled eggs and ham, there was no end of it. She even said,take some with you if you like. We completely forgot about the price after having her breakfast. She mentioned how hard things are in Italy with all the beaucracy etc. in every place we stay they have to see our passports and record the numbers as well as have us sign. Apparently this is because of the mafia. She mentioned that Olivetti used to be in the town but it is shut down now and most people who live there work somewhere else. There were a few hills starting out but after a few hours we noticed the land was getting very flat. Up until then we had seen mostly grape crops but now we are seeing lentils, corn, kiwi fruit and yes rice. When we walked in the mountains there was always the found of rushing water. Now when we walk there is always the sound of rushing irrigation water. We knew the rice fields would be coming but were a little surprised to se them so soon. We walked six hours to Santhia, our destination.
The lady has made our reservations from Borgofranco and after the last one, we were a little gun shy of what to expect. We were told to find a certain restaurant beside the church and get the key. We finally found the restaurant and a young woman walked us across the piazza to a building and showed us into several rooms. It is very clean with three double bunk beds, shower and toilet. There are blankets and sheets with a recommended minimum rate of 10 E each and there is no one else here, yet. There was a ticket on the counter for a pilgrim meal of 10E at a restaurant close by. We were looking at the paper outside when a man came by on a bicycle and recognized us as pilgrims and volunteered to show us the way. In the restaurant the waiter showed us the menu and said first you pick the pasta, then the meat, then the salad, then the water, then the wine. By this time Charlotte is getting nervous about the price. We ate and drank until we could eat no more. Then the waiter asked if we wanted coffee. We then headed for the cash register downstairs. As is normal here, they punch it into the cash register and hand you the tape showing how much you owe. It was 10E each. After two hours walking today we had to do a little doctoring on my big toe. A blister needed piercing and then it was back to walking. In the middle of nowhere we came upon an old man walking. We stopped and addressed him and told him what we are doing. He told us he was captured in Africa in the second world  war by the British and spent three years in Scotland. We slept in the room and then went looking for a bank machine. Italy is the only place I know where the bank machines have siestas as well. When we got back to the room, we have company. We have a fellow walking to Rome from somewhere in France.
We had someone on the street phone the convent in Vercelli to make arrangements for us to sleep there. It will be a long way on my legs tomorrow. We asked the woman in the bar to phone for a rservation for Sunday night in Robbio at another Parrochial, so we have a reservation there as well. 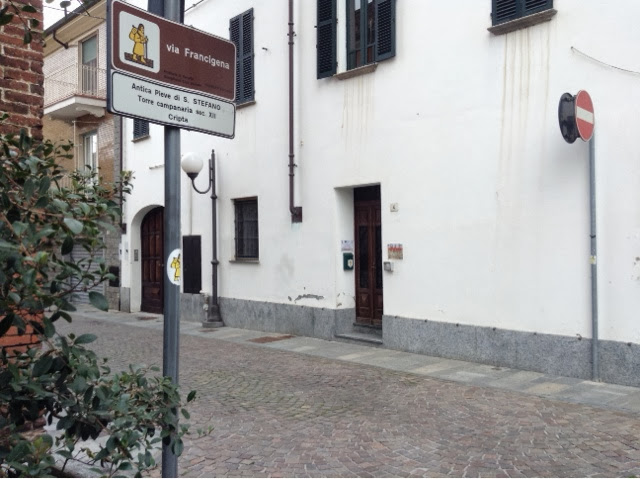 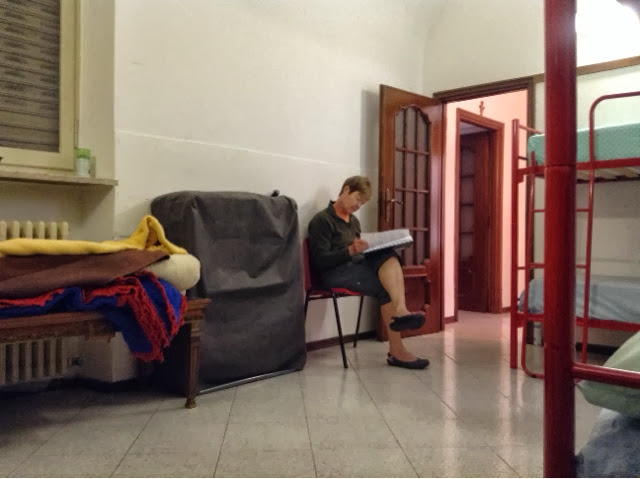 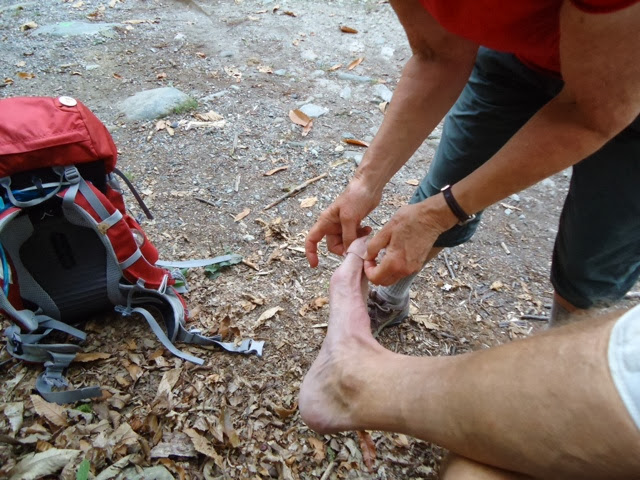 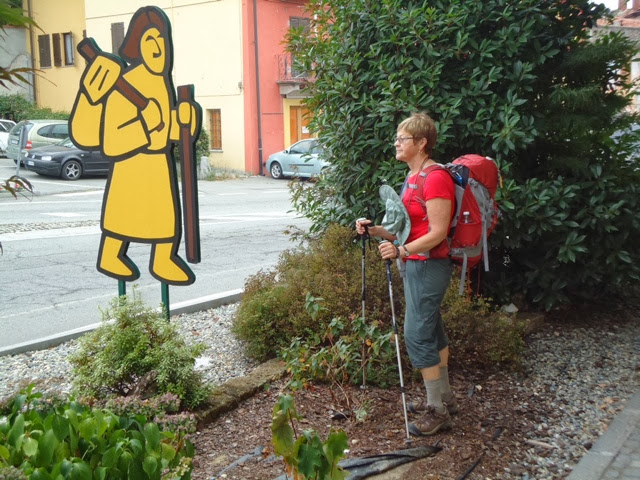 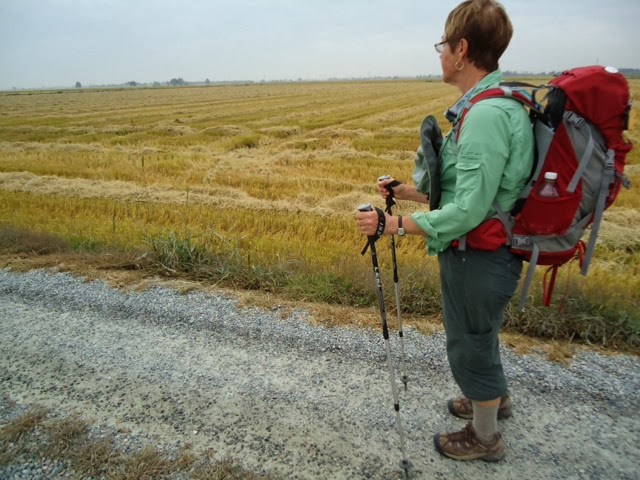