Walking with Angels. Vercelli to Robbio

On our way downtown to find food last night,we asked a couple of young women who were having their car washed, where we could find a restaurant open. They spoke some English and told us where to find some restaurants. Later we were standing on a corner wondering which way to go, when they pull up in their
car and tell us to get in, they will take us there. They let us off in the very busy, think Saturday night, sea of people. We walked up and down the streets looking for a restaurant, but to no avail. None were open until 7pm and it was only 5pm. We had walked all those hours with very little lunch so we were starving. We found a bakery and loaded up with stuff, found a bench and commenced to polish it off.
We were back in our room by six pm and went to bed about 7. At 8pm there was a knock on the door and Angel's assistant wanted the compound key back. This morning at 7:30am we showed up at the dining hall. This was one of those times when it would have been better if we had skipped breakfast.
Angela was running around, one hand holding up her shorts, the other indicating where we should sit.
We knew when she brought out the stale cookies and buns, this was not going to be pretty. We just couldn't get the black looking coffee ? down. Fortunately someone else showed up and we took the opportunity to excuse ourselves. We had both slept very well with just a fitted sheet on the bed and a wool blanket over us. Down the road, back into town to pick up the trail to Robbio, about 20 kms away in the rice fields. Overcast day with a rain shower in the night but easy walking on trails and paths. We arrived in Robbio the back way, through their industrial area. We got lost in the last few kilometres and ended up having to cross an irrigation canal on a narrow concrete divider about a foot wide and 20 feet long. As we came into town we walked right by a restaurant. We now know not to pass up a chance to eat, especially at a restaurant. Two medio beers with pasta later, we are standing in the centre of town when a woman speaking Italian approached us. She seemed interested in us and called her 30 something son over to translate. The son ended up phoning the church we were going to stay at and before we knew it the priest drove over with the keys to a room in the municipal compound and building. Clean sheets and a room to ourselves. We have been on a real pilgrim type of accomodation route lately. Charlotte cornered a young woman in a bar this afternoon and she phoned for our accomodations for tomorrow night in Mortara. We have no idea what to expect. Our room is right under the clock tower and it rings the hours plus even the half hours. Went back to the same restaurant as earlier in the day. We had Risotto for two with champignons plus a salad each. It was wonderful. Light rain tonight. 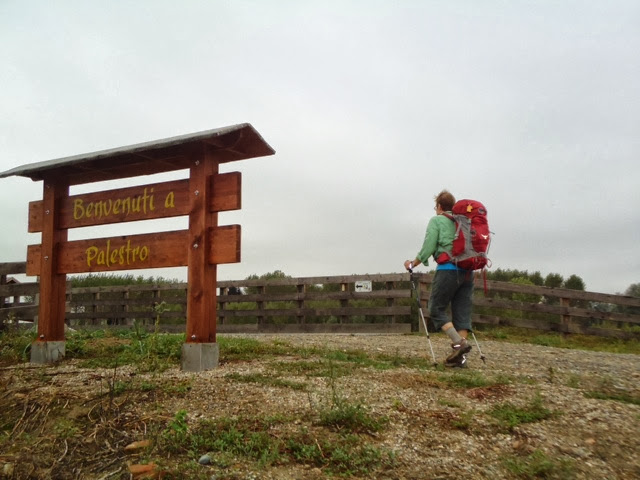 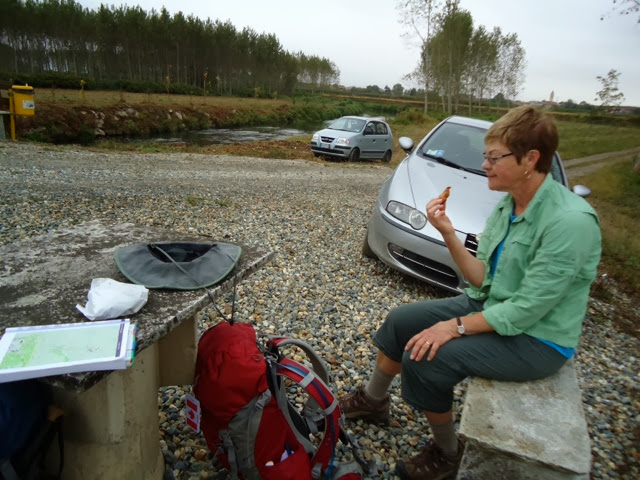 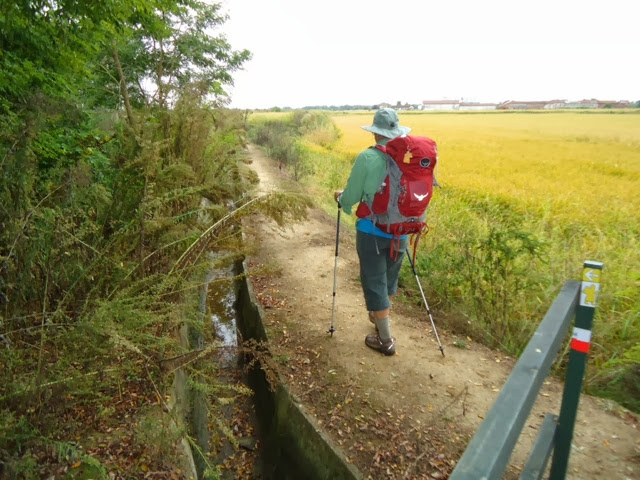 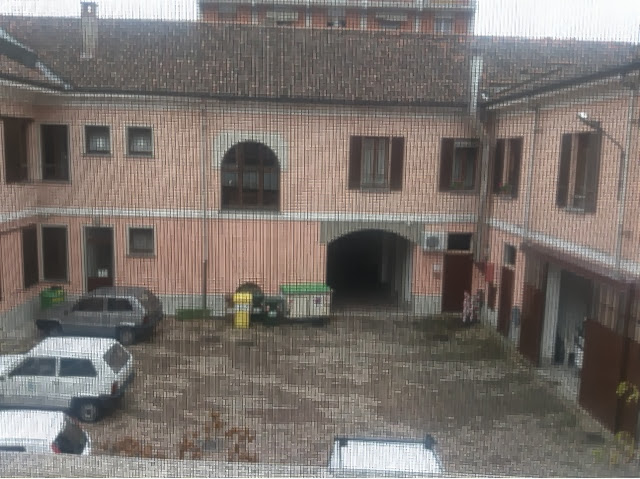 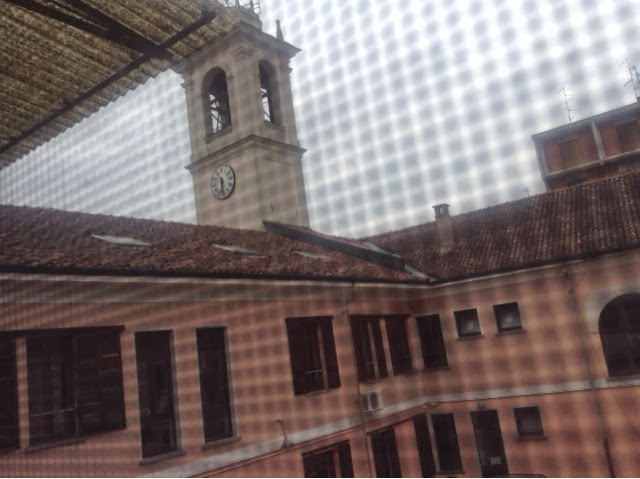 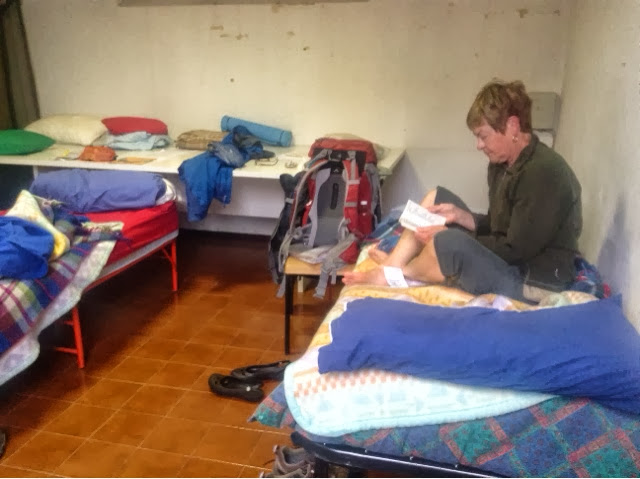