Wow, Harry at Harry's Haven in Bouveret he produced a great English breakfast. It was a great stay and we hit the bake shop in town and got sandwiches for the road. There was a light rain falling and i had the iPad open to the map and enclosed in the clear plastic kayak map case in front of me. We followed the canal and then the Rhone river, passing a number of power plants and Re-cycling plants.
We walked with our tunes on today and time passed quickly
We arrived in Saint Maurice after 5 1/2 hours and found the Abbaye. After trying a number of doors we found the reception area and met Father Joseph who fortunately speaks English. He was most welcoming and introduced us to another, elderly priest, who looks after the rooms etc. He showed us to our room and showed us where things are. Charlotte practised what she was going to say, and went back to the reception area and spoke to the woman there. I fell asleep under the duvet with the window open. After awhile I heard my name coming from somewhere. I looked out the indie and down below Charlotte was standing there calling my name. She couldn't get the outside door open and didn't know what to do. Tonight we have Vespers at 6pm and le souper at 6:25pm.
We went to Vespers at 6pm and it lasted until 6:20pm. There were about 20 priests and their chanting and singing echoed throughout the large stone sanctuary. At 6:25pm we showed up for le souper and were greeted at the door by the host priest. He showed us to a private room where there were two settings for dinner. In a few minutes madam arrived with a Turin of soup. There were bottles of white and red wine, juices and water. Later a dish appeared with an egg omelette and potatoes with salad.
Father Joseph joined us for desert and when I inquired about the possibility of a tour, he said yes, cme with me. In 2015 it will be 1500 years that there has been an operational church at this location. The longest in Europe. He took us down through tunnels built by the Romans in the first century. There are excavations going on revealing fifth century graves. It was a wonderfully tour and with the benefit of being done in English. There are 40 priests living here. They service quite a number of parishes in the surrounding areas. They also run a school here as well. They have outreach schools bring run in Kahzadstan and Congo from this parish as well. This excavation is absolutely a world heritage type site with the excavated graves sites lined with stone and the foundations exposed of a number of churches all under tremendous roof constructed of fibreglass suspended from the mountain of stone over the complete excavation. All this within a hundred metres or so of the main rail line between Rome and Paris with a 165 trains running daily. there was not a crack in the church construction, alluding to the good engineering and solid construction. All this was started because of the burial of Saint Maurice in the first century.
It is truly awe inspiring. Think of the hundreds of stone warriors exposed in China. And people wonder why we walk. You don't see or experience this on a cruise.
Tomorrow Martigny.
One day at a time. 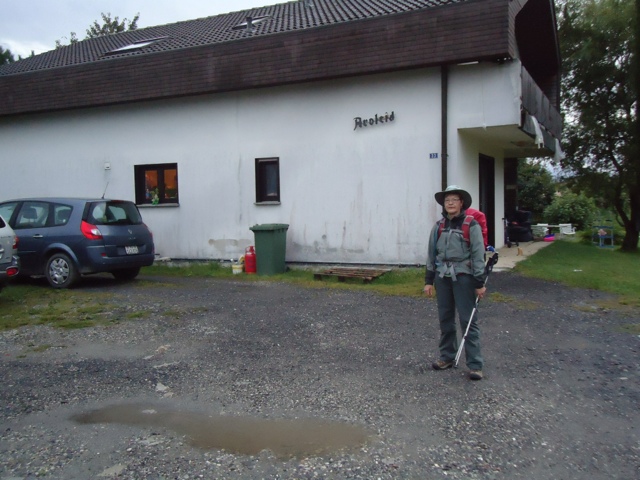 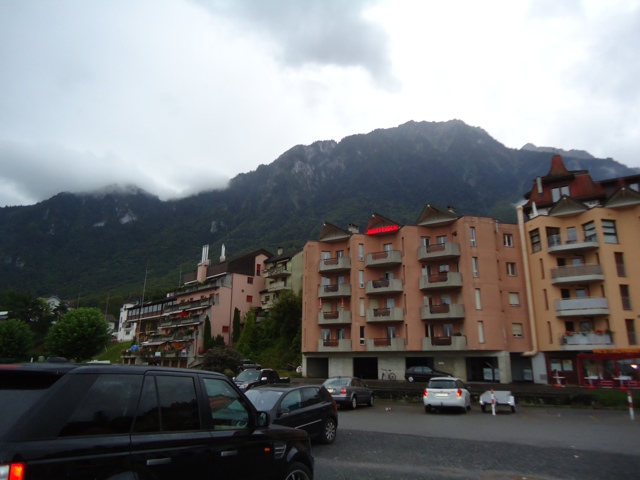 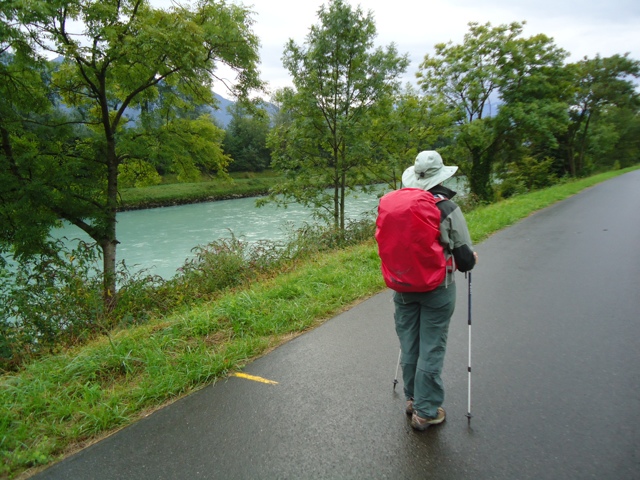 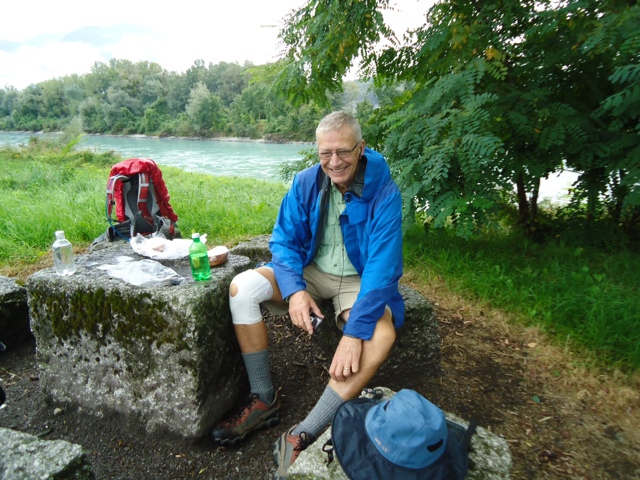 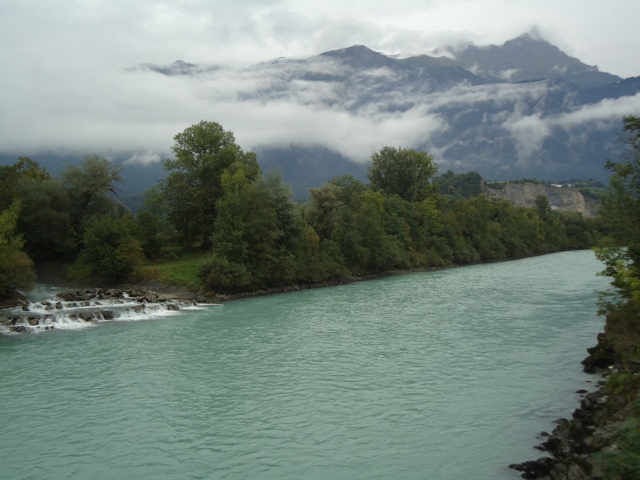 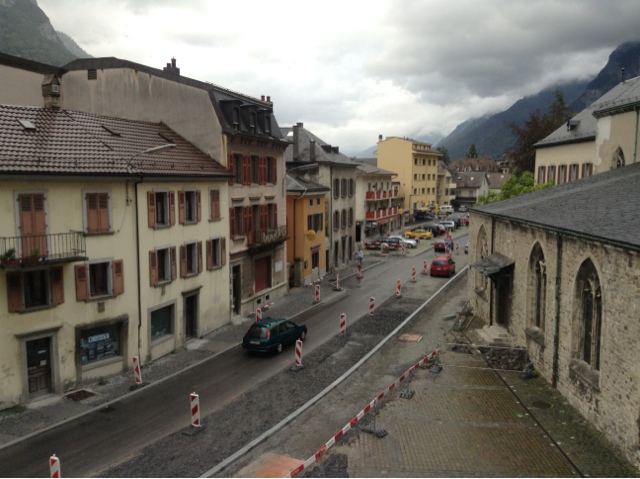 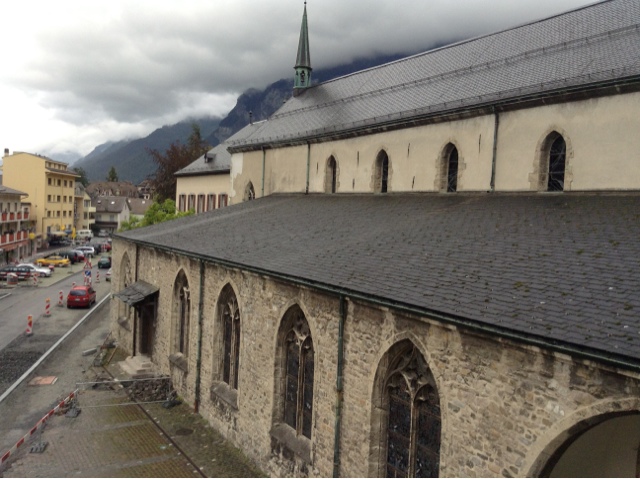