The day started out with a glance out the window, rain. Madame had been out getting fresh baguette for petit de jeune( in the rain). I knew when I went down that I would have to bring up what price to pay for the room etc since this had not really been duscussed.
When I asked her she said donatif.
This makes it awkward as you do not want to offend but you want to be fair.
I brought out a 50e note and she nodded okay. Charlotte came down and she said to me, what about another 10e, I too had been thinking that, so out came another 10e. Madame tried to say no but I said, for the wine. Later I thought really it should have been 70e.
We said our goodbyes and kissed her and off we went.(The French are always kissing). We had 7 Kms to go before we turned and followed the tow path on the canal. We had a strong headwind on our front quarter driving the rain into us. We had our hoods on as well and as usual I was in the lead with my headlamp around my neck flashing and Charlotte had hers on her arm flashing to the rear. We know in early light it is difficult to see pedestrians walking especially in the rain. We have never seen anyone walking other than ourselves. The country side changed from grapes back to agriculture, mostly sugar beets. After an hour and a half we reached the second town at 7kms and reached the canal that was sheltered from the wind.
The tow path led us to Chalons de Champagne in the rain with boots that were slogging wet inside. We walked with resolve and reached the 27 Kms
In five and a half hours. After much tourist office and Cathedral stuff to try and find out where our room was, we just went ahead and found a hotel that we knew about. We blew the budget and stayed at a hotel on the main square for 74 e with ensuite and rated two star. The hotel is Pot de l Etan and has a nice atmosphere. Drying out our boots with newspaper ready for tomorrow. We have 28 Kms to go to Coole. When we were going through one of the towns earlier today a woman we passed said, Bon courage. We had heard that before along the way. We have even had trucks acknowledge us by honking and not to get out of the way. With the soaking boots I got a blister so we can hope for a clear day tomorrow. We have gone over the 400km mark now and are over half way on the days remaining. 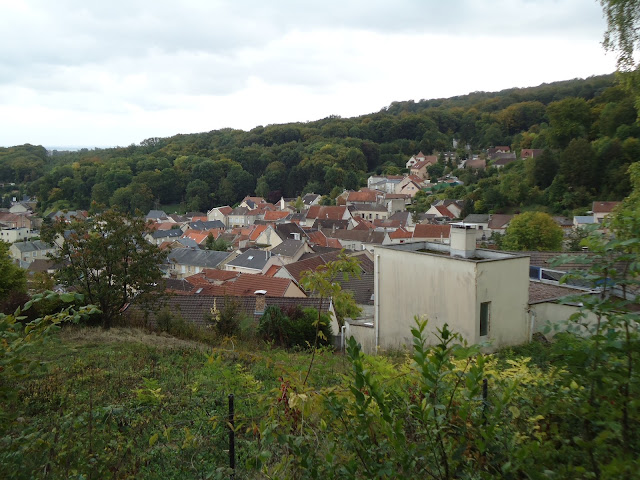 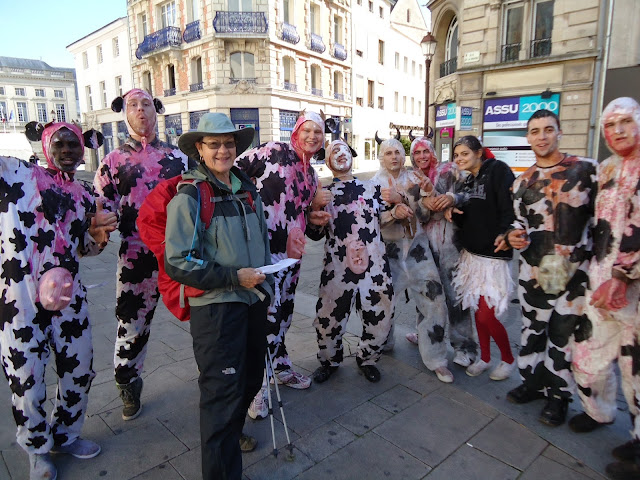 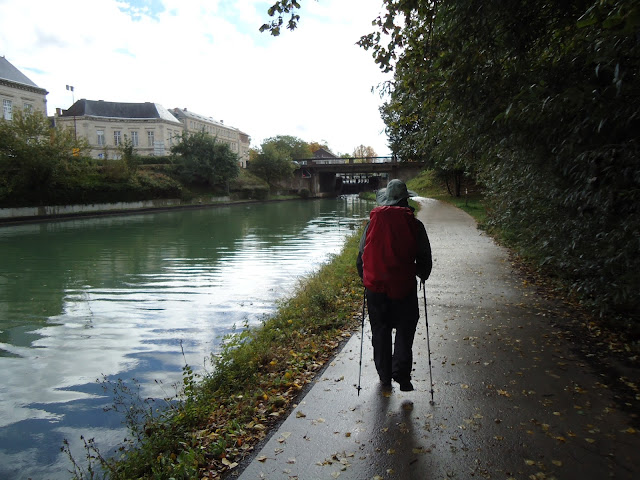 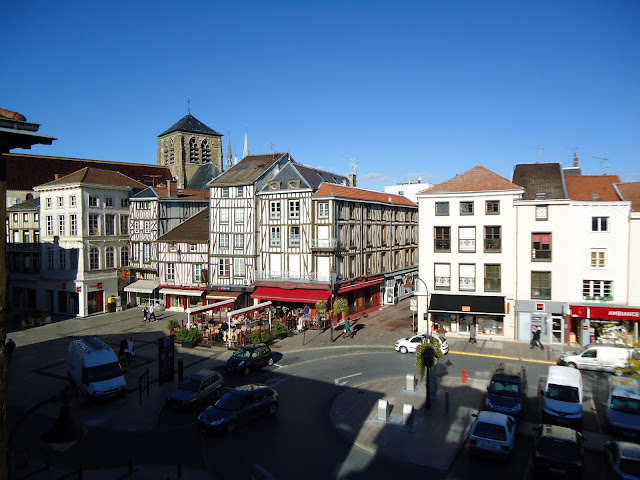 Email ThisBlogThis!Share to TwitterShare to FacebookShare to Pinterest
Labels: hotel window of the square and freshie week at the local school, Rain(no pictures) canal