I thought all hotel rooms came with toilet seats. How can I give a star for a room with no toilet seat. I used to stay in some no so great rooms in Canada but they did have toilet seats. No heat in the room and cold porcelain, leaking boots, what next. Perhaps Segeric the serious in 990AD carried his own seat when he made this journey to Rome. I never thought of bringing along a blow up one. Rained heavy all night but stopped this morning. We arrived in Chateauvillain about 3.30pm today. We had 8 hours of up and down hills, through the woods, Boggs and anything else Mother Nature could throw at us. Today was our longest in duration due at the start to the hills but later in the day we both slowed down due more to exhaustion. We again had wet feet and Charlotte blistered as well this time. Near the end of the eight hours I looked back and Charlotte was leaned over to the left just like she was before the chiropractors treatment and I was limping due to the bottom of one of my feet. I can't say enough about someone who was as exhausted as I was and never complained. When we got into town we phoned the hotel where we are staying and they showed us to our room. Maggie and Steve Tate have had
This restaurant for four years and have bought and reconditioned the hotel above it as well. We paid 70e for the room including breakfast. Their correct phone number for reservations is 0325035772 This place is fabulous, more like a suite. She asked if we wanted anything and went down and brought up a tray of cold beers & water. By far the best accomodation so far with very modern bathroom and wonderful bed. The emotional up and downs of this journey vary from one extreme to the other on a daily basis. When we went down stairs to the bar this morning for our petit de jeune we were greeted by the managers wife who was not happy to have to be up at that hour. She poured us two cups of Luke warm chocolat and went out and brought back cruisants. When we went to pay she had increased it from 32e to 38e plus the breakfast coming to 46e. To get in an arguement in a foreign language is difficult and to get into an arguement you cannot win is silliness, so off we went a few euros lighter. The country side is really picturesque as in the Tour de France this summer. Quite often when we go by cows in the fields they are vary curious and if I call out to them they will quite often come over. Today we ran into some brown and white ones and they not only came over they trotted along the fence with us. Today we ran into a trout hatchery and I also took another picture of one of the many (ancient, how old?) lavoirs, where the women from the village gathered to wash clothes. They are usually built of stone and covered with a slopping area for washing. This one today was built quite away from the river but they have diverted water from the river so that it runs through it. It looks like it could still be used today as there is nothing mechanical and the water streams through it. Around noon a group of back packers appeared. As it turned out they are from Germany and are walking the Camino in stages each year. There English is very good but that seems normal when we meet Germans. We had a very good conversation and after a few pictures we wished them, Bon journey, and left.
As we wind our way through so many small villages of plus or minus 100 we see the stone churches dating back in some cases nearly 1100 years. We have seen so many wayside chapels, crucifixes, crosses and other religious adornment but when we walked through the villages on Sunday the churches appeared closed. Monique in Coole said there are not any priests and they just go to church at Easter and Christmas. It brings up the question, is the church relevant in this day and age and or society? I read in today's globe that Romney is rattling the sword for votes. 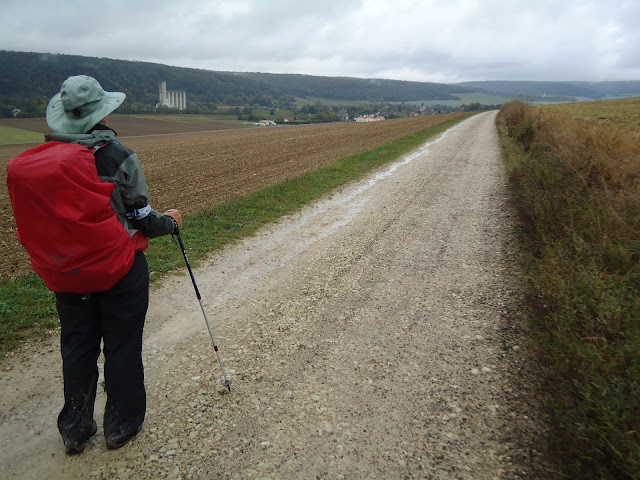 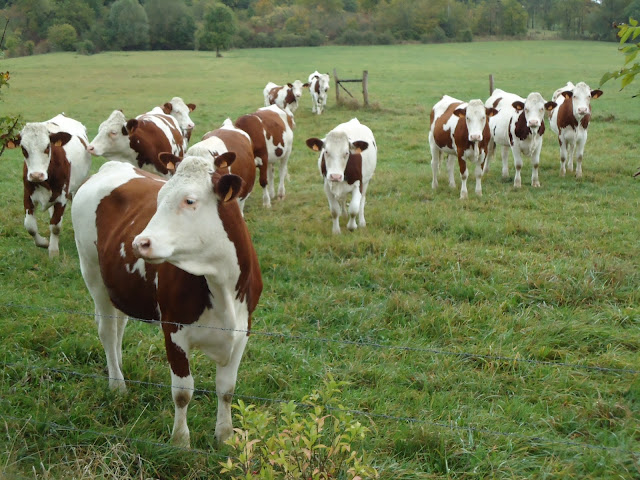 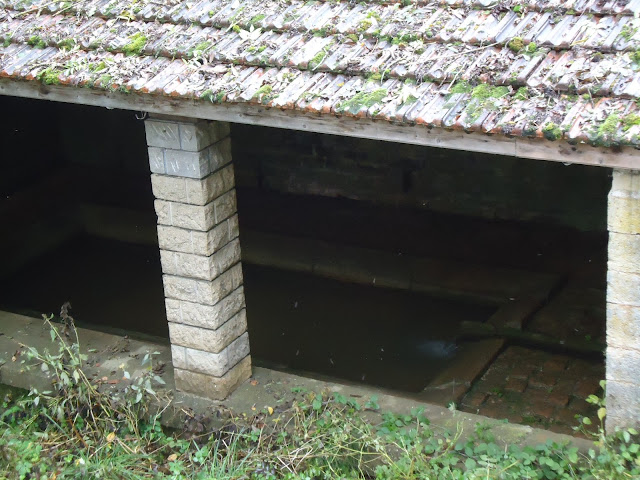 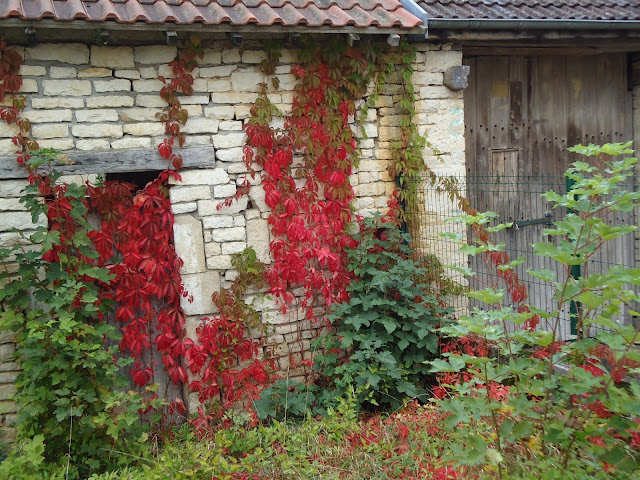 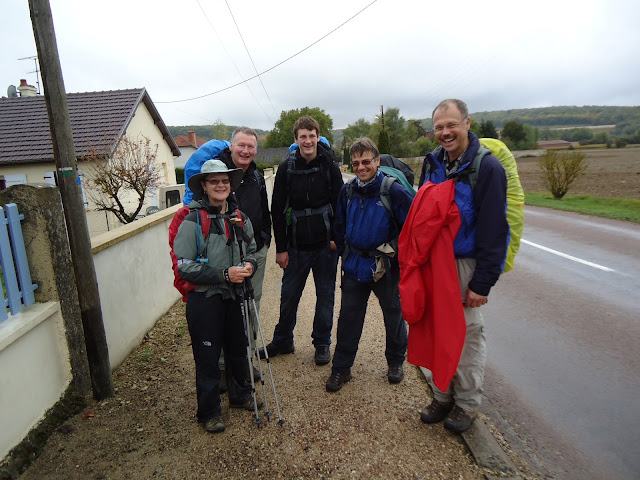 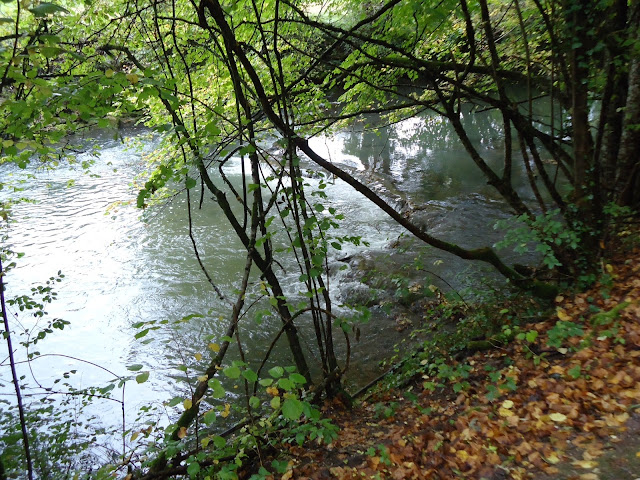