Perhaps the worst cots to sleep on. Shivered through the night with fever and generally cold with no heat on in the room. Sometime after we went to sleep on the cots, three teenage girls burst into the room and put the lights on. It woke me immediately and it told them to ferme la Porte and they left
Not knowing what was going on. I noticed Charlotte had done justice to the bottle of wine. I couldn't eat or drink anything. We left 20e for the wine and cheese that they brought. We left this morning before light at 7.20 and in short order our friends the rain and the wind showed up. Charlotte wondered if we were going the right way since the wind was at our back. Since we were following the Roman road again we came to a fork in the road that looked equally travelled. We picked what we thought was the right one and later we came across a farm house which is unusual because the farmers generally live in town. It was rainy and blustery and when we knocked on the door Madame appeared and said we were going in the right direction. She then asked us in for cafe and get out of the rain but we declined and carried on. Their German shepherd was running loose but decided we were okay. We were told that the reason the French have these ferocious dogs is because people( they say Romanians) are coming into their farm yards at night and robbing them of equipment and tools. We arrived in Le Chateau about 1.30pm and went to the tourist office.
Usually they have some English and she made a couple a couple of reservations for us. She gave us the key to the towns pilgrim only accomodation and it was quite nice but there were only a couple of blankets and after last night we were a little gun shy. We had booked the hotel Voyageur here a couple of days ago so we decided to keep it. The price is 43.50e with a grand lit. They don't open the hotel until 6pm so we waited outside sidewalk bars in the sun. The hotel is rated 2 star and comes with ensuite but is not as nice as some other two stars. The meal tonight was fabulous veal and veg. 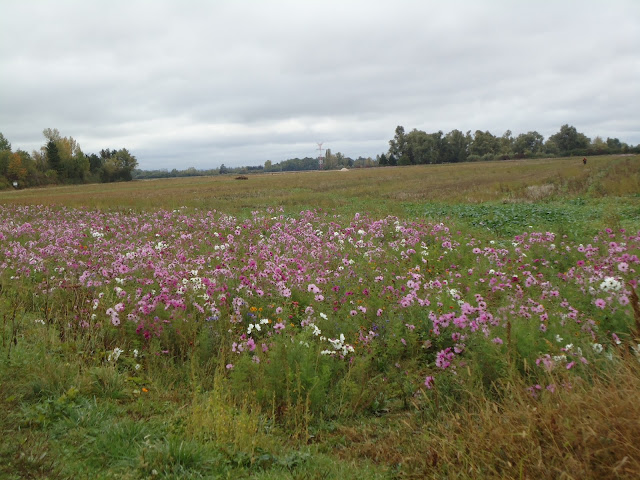 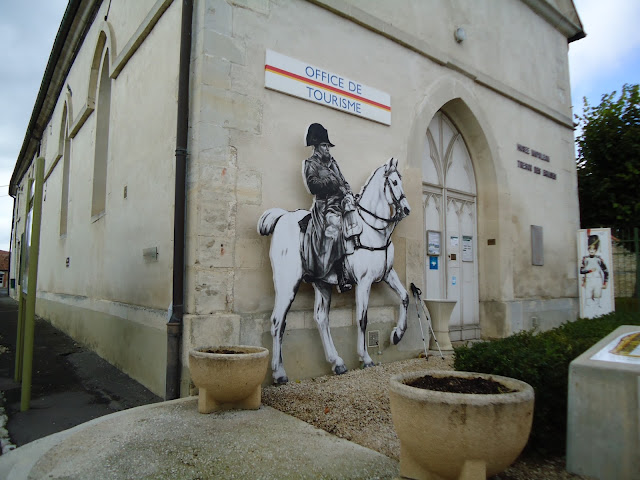 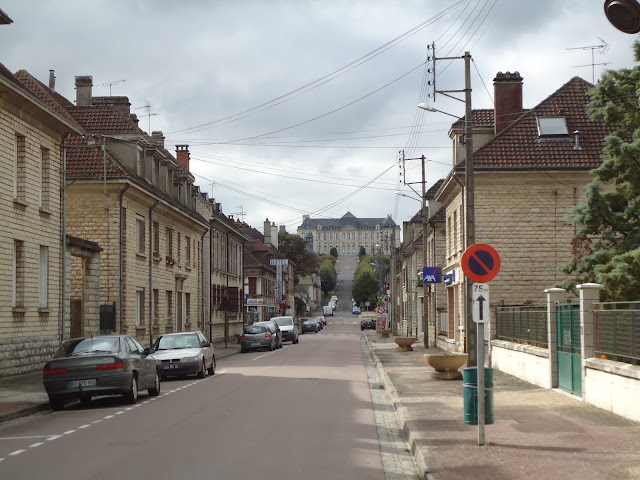 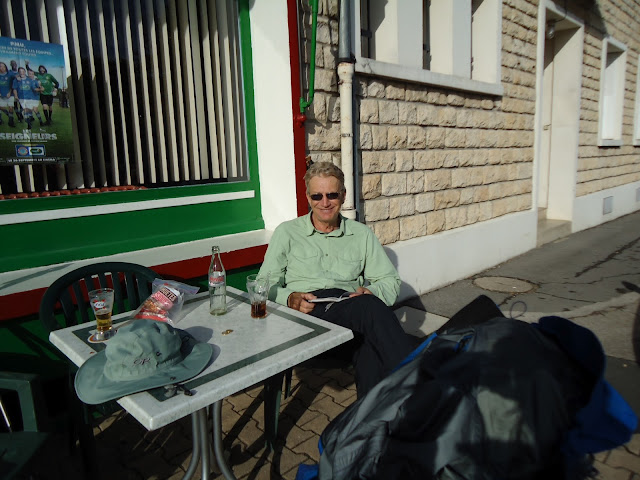