According to Charlotte it rained and stormed something fierce last night. Fortunately I slept through it. It doesn't appear to be raining right now. We reluctantly left our ideal quarters and at 7.20am made our way out of town. It was six kilometers to the next town and missed a turn prior so we had to go back 1 1/2 Kms to get back on track. It was a sunny day but clouded in the afternoon, with no rain. We arrived in Frasne Le Chateau about 1.30pm and found The Association of Saint Joseph
And Madame Olivares. We were brought into what I would describe as a staff eating area. We were given cafe and citron morange pie. I brought out my translator and found out that the six or so other people in the room were psychologists and that this organization administers to troubled youth who live here. The facility is large and very modern. The cost of a room was 23e and 8e each for meals, dinner and breakfast. We were told to come down to the staff room at 7pm and pick up our food on a tray and return to our room with it. Hopefully we understood correctly. We are nursing our blistered and calloused little toes to get them through another day. No wifi here. They are working on the water system in the village so the water was turned off until 8pm. We went downstairs and picked up our two trays of food. There was way more than we could eat with salad, roasted potatoes, baked cruisants with bacon and cheese plus dessert. 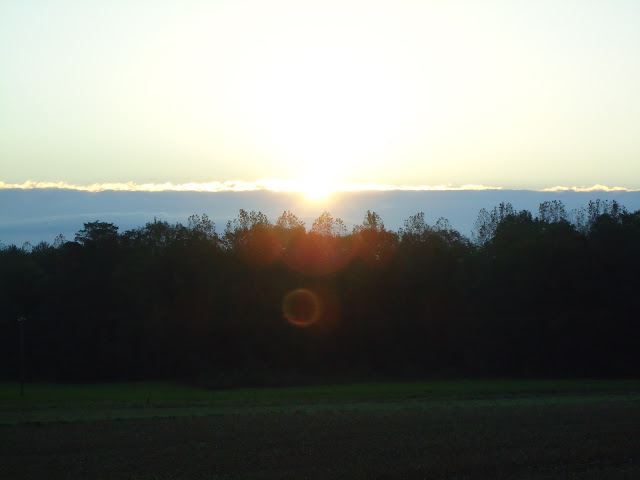 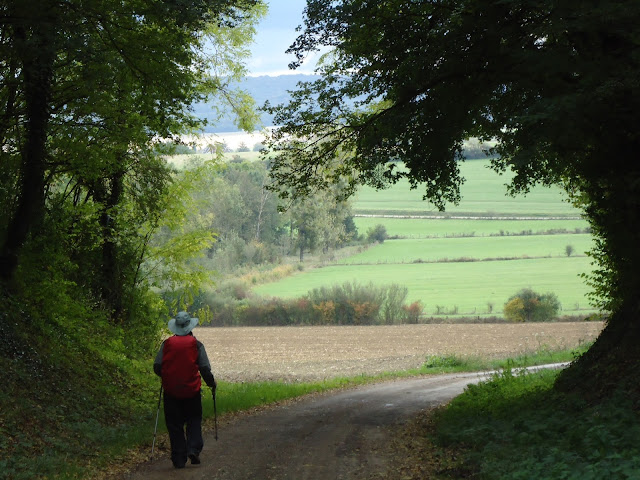 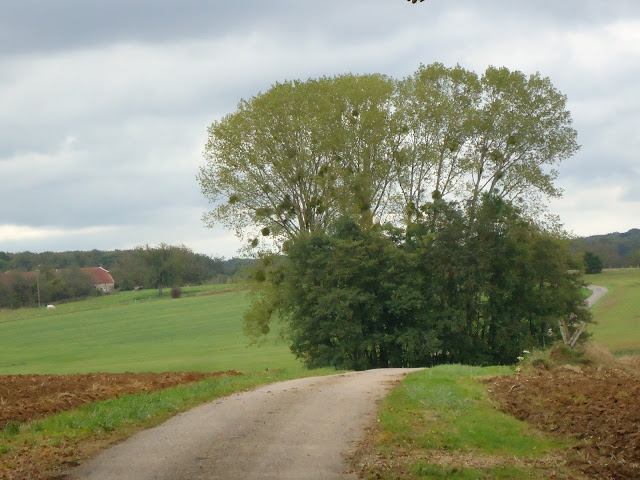 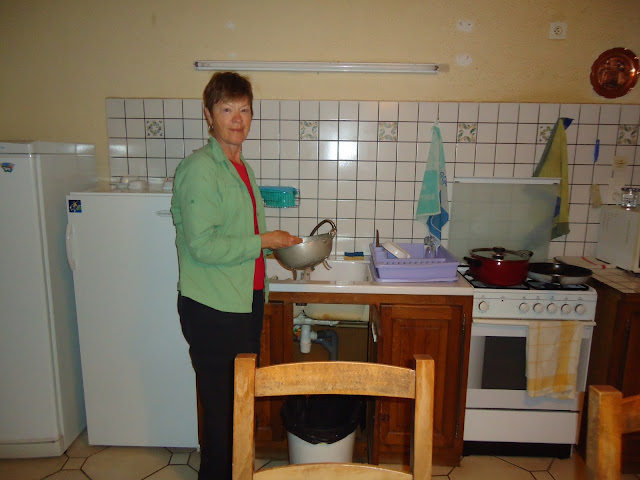 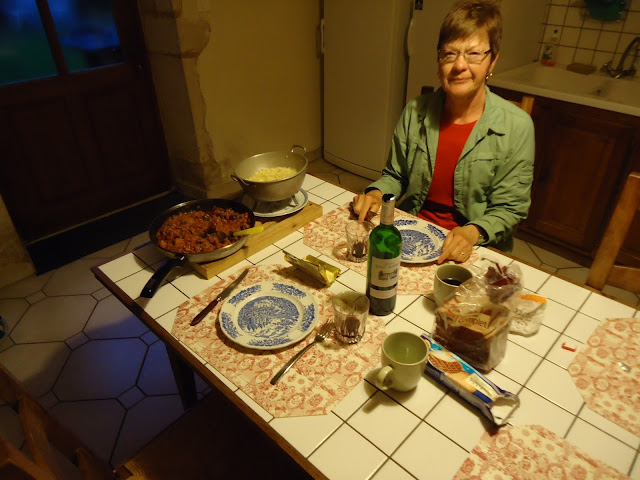 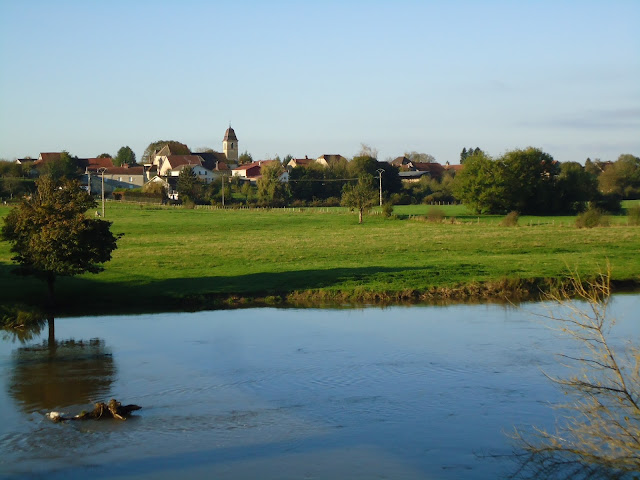