Madame had perhaps the best breakfast so far and that is saying a lot because we have had some good ones. Freshly squezzed orange juice along with ham, home baked bread, local cheeses, home made jams etc etc. The churches here are different as we leave Catholic France to Protestant Switzerland. The day was warm right from the start and we were in t-shirts and shorts all day. The temperature must have gone to at least 25c. We followed the track as laid out but got lost in one or two places where it wasn't clear. Every time we went around a bend it was another picture of serene Swiss life. We went by a farm and the farmer came out and asked us what we were doing and where we were going. When we explained we were Canadians walking the ViaFrancigena to Rome, he indicated that he was Jewish and pointed to the Israeli flag he had flying. He said that Canadians are friends of Israel and he wished us well. We walked on knowing that we had a place to sleep and the walk was quite easy.
Around noon we came to a village and asked a lady we met if there was anywhere to eat, she replied no but a few minutes later she appeared and asked us if we wanted something to drink. When we replied yes, she asked us to follow her and she took us into her yard and up to her patio. She brought out glasses and three kinds of drink. We declined her offer of cheese and bread but we had a nice conversation in English, with her. After walking through the woods we arrived inRomainmotier and had lunch in a restaurant. We had plat de jour of mashed potatoes and sausage along with a small and a grand beer. Afterwards we went over to the Abbey in town that has been there for 1500 years. We went into the reception area and were fell upon by German tourists who couldn't believe we were walking the ViaFrancigena. They showed us brochures about it and asked where we were from and our ages which was very different. I gave him my pack to pick up and he asked if there were rocks in it. After they took pictures of us they wished us well and left.
The Abbey must be one of the most tranquille and spiritual places we have ever been. Prayers were said for Derek and we were off along the river to find our bed in Croy. We walked along until we found some workers and they indicated the house to us. She is not a regular chambre de hote but is a few houses down from the regular one who was booked up. She speaks only German but showed us our room and the key for outside etc. Charlotte kept her company while i slept. As I sit in the window writing this Charlotte and I have opened a bottle of the local recommended red wine with local cheese listening to the cow bells clanging beneath us with the
river flowing by the house. Perhaps a better ending to this 40 day adventure could not have been written. Tomorrow is our last day to walk. Our stay tonight is with mme. Erica Baudois, 6 Chemin de la Foule, Croy, 0244531362
@ 40 Swiss franks each including breakfast. Madame made quite a thing about us locking up the house when we leave and later we looked around and she was nowhere to be seen. She could have been locking up the fox in the hen house as she has never seen us before. 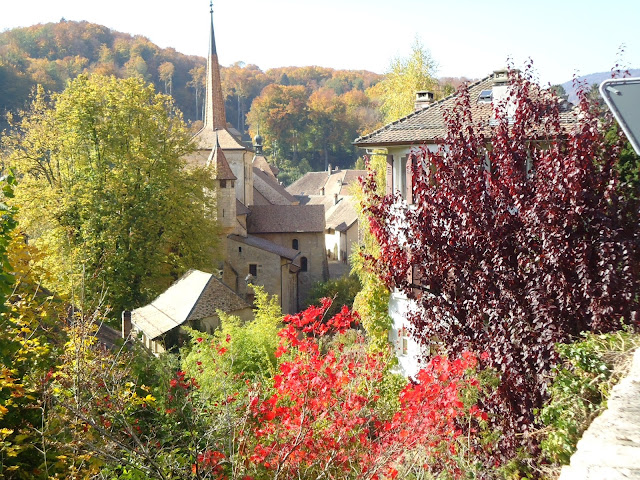 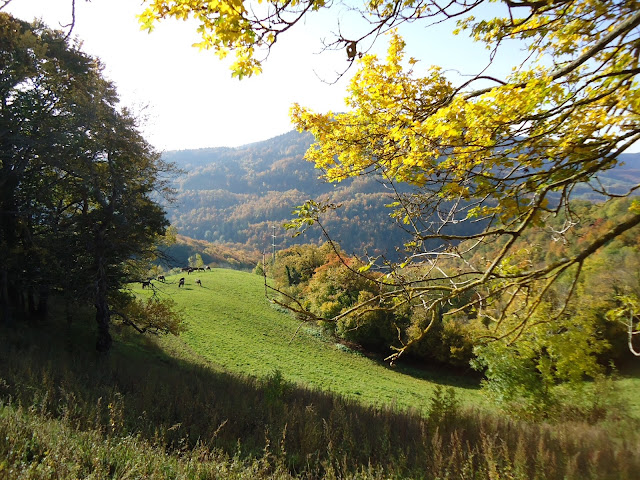 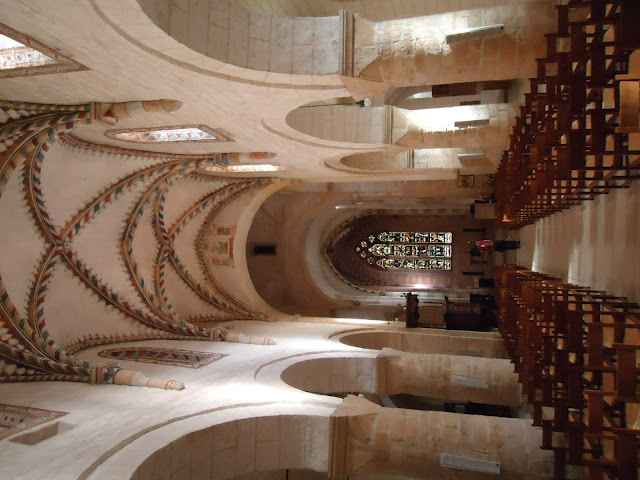 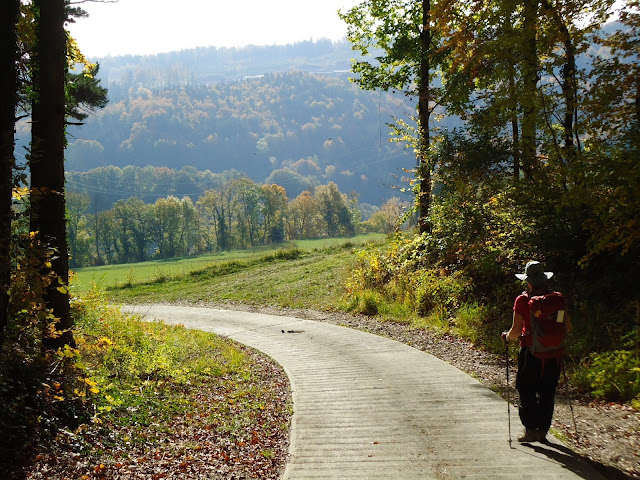 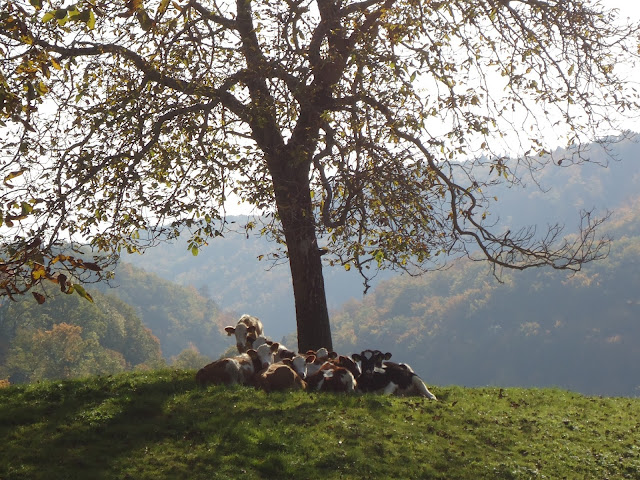