Walking with Angels. Acquapendente to Bolsena

Relatively short day today 20 some kilometres. We had a great meal last night at one of the pilgrim(discount) friendly restaurants called il Borgo. Two courses each with natural water plus they brought a antiapasta and a small cold bottle of limoncella. Limoncella is a liquor served after the meal. We have only had it brought in two small glasses before so having a container was new and very nice. One could over do it quite easily, it tasted so good. All this for 26E in a very pleasant surrounding.
We left this morning at 7:15am as usual. We have fitted right in with the time change. The walk was quite easy and well marked. It meandered around the countryside and we stopped at 9:30am for a caffe and bun at a pilgrim friendly bar and snack place. The had a sign outside saying that you can get your credential stamped there if you are a pilgrim. As we approached our destination we looked out over the landscape and it looked like clouds or mist like we had in the mountains, but it was the lake at Bolsena. We are both starting to wind down now that we have left Tuscany and started into Lazio and
consequently onwards toward Rome. After several asking, I think four which is not unusual, we found our destination, Suore SS Sacramento at Piazza Santa Cristina, number 13. We had phoned ahead asking for two beds made up with sheets and towels. The sisters gave us a nice sunny room with beds as we asked.
For this they charge $40E which we are fine with. The place is spotless and the sister dressed in habit was very welcoming. We are right down in old town where we like to be. We have a sunny deck for the washing to dry. Went out this afternoon to look around the town. Went to the museum located in the Castillo. Climbed up the tower and walked around the ramparts. There is a lot of history associated with the lake Bolsena and many artifacts going back many centurys have been disvovered in the lake and surrounding areas. C was a little hesitate climbing the tower, commenting that men like this more than women. Bought some fruit for tomorrow and then found the supermercato where B was not to be denied the tub of frozen yogurt. Back to the room for our trusted sporks from MEC. Out front on the street on a bench watching people going by, eating our frozen yogurt. Then into the local pizza shop for pizza and beers. Oh it was so tasty. Promised C an upgrade on the room for tomorrow night. Simon from the UK emailed us some time ago and called this hotel in Montefiascone a hidden gem. We will walk in with our packs on tomorrow and check out the rooms to see if they live up to our expectations, hopefully for the pilgrim rate as well. I remember in one town the hotel owner wanted. 90E and then asked me how much we would pay. Great day today and only 17 kilometres tomorrow, but it is all up hill.
There is a terrific basilica here, the Basilica of Saint Cristina. I don't have any pictures because they just wouldn't do it justice. It is named after an 11 year old girl from the fourth century who died a martyr. It is referred to here as the miracle of Cristina. The altar alone goes back to the eighth century. Difficult to get your head around how far back these times are. 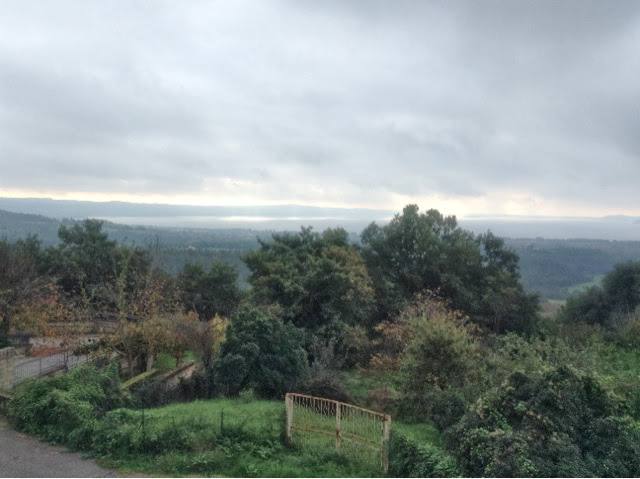 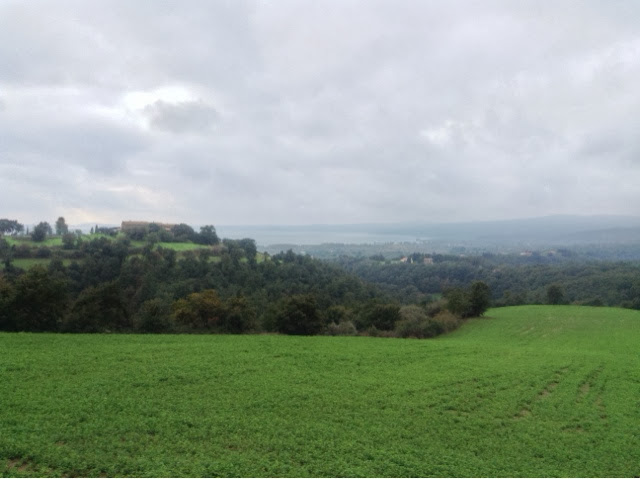 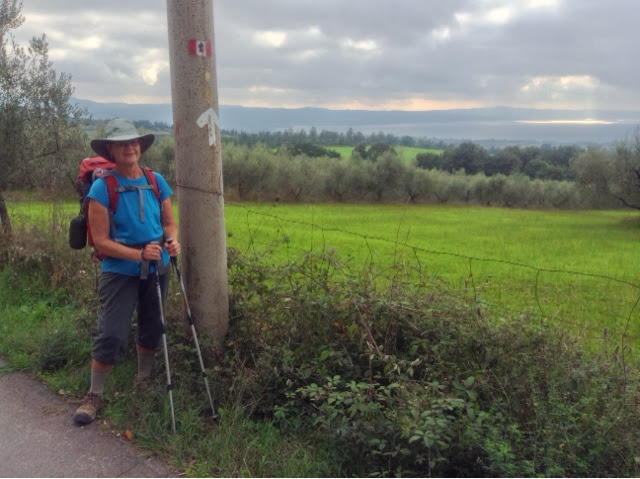 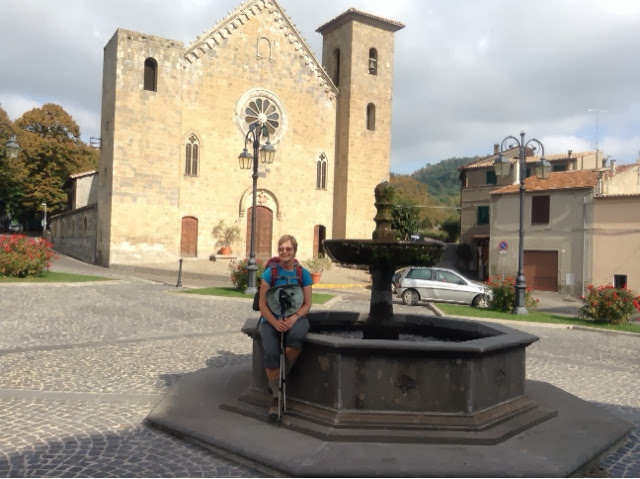 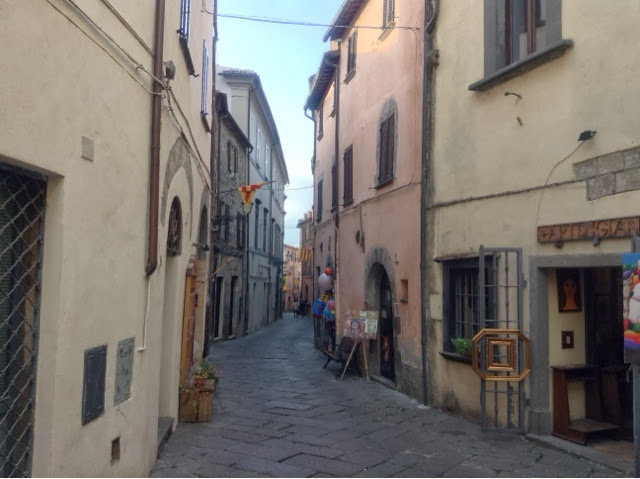 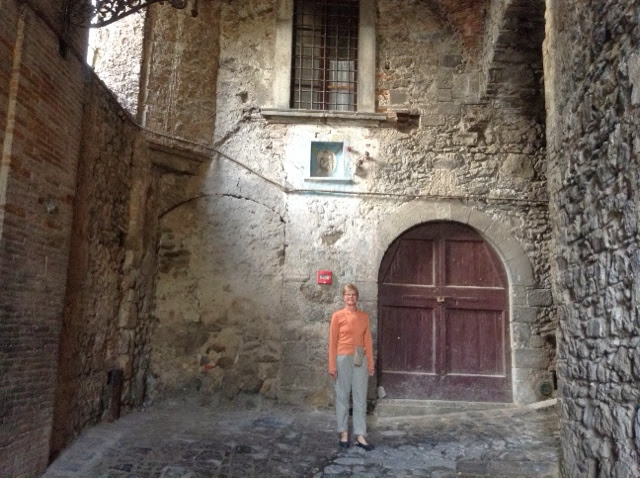 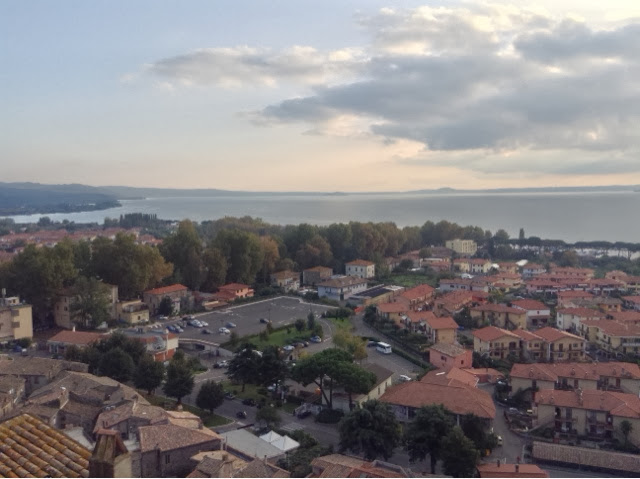 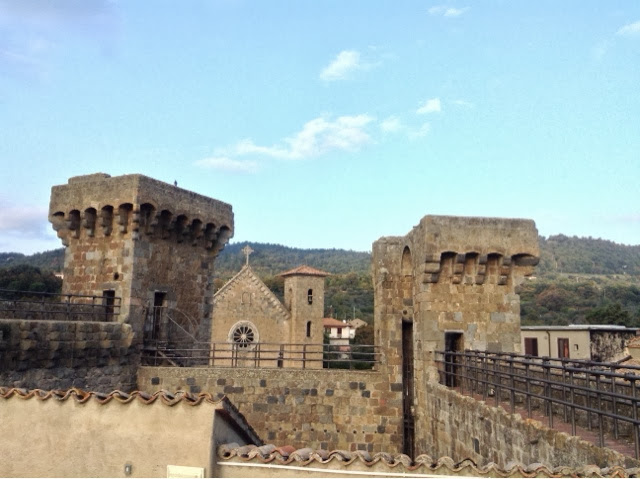 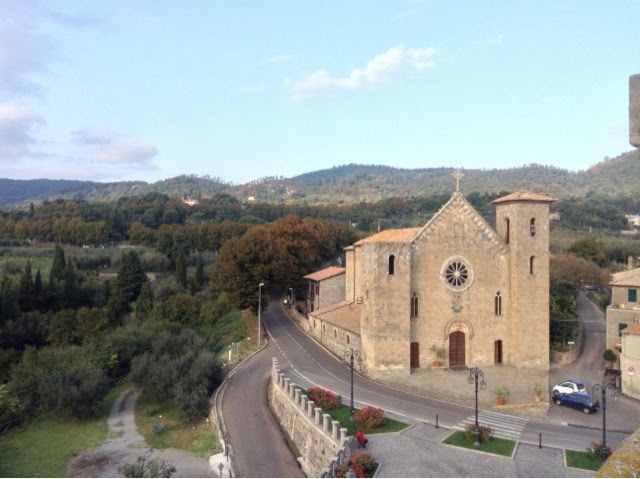 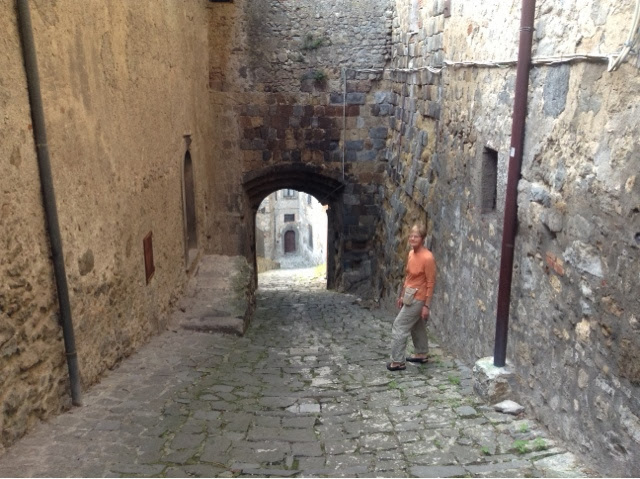