Wonderful meal last night. Homemade pasta and soup and salad. This place was recommended by our pilgrim friendly fellow in Ponte d'Arbia. We understand there is a time change tomorrow. The countdown is 8 more days to Rome. As we get closer we don't have the same feelings as when we were starting out,looking forward to the adventure. We are well seasoned travellers now and have been through some pretty tough days and have seen and experienced some great places. We have also met people who burned out from the rigours of the VF be it physical or mental.
I went out early today looking for a bar and found one open. Purchased croissants and made up sandwiches. We don't go through any towns after 5 kms so we will need food for 8 hours walking. We maintained a steady pace all day with an up of 1300 meters. We had road walking more than anything else but there was some forest trails as well. After three hours we like to take the packs off and have some water and croissants. Later we do the same with the sandwiches and after that with the apples with cheese. By regulating our food intact we seem to be able to pace ourselves better. The route wasn't particularly well marked but we found our way okay. We arrived at 3 pm which is 8 hours walking for 33kilomtres. We had someone phone the person looking after the pilgrim facility here and he came and signed us in. The name of the place here is Spedale di S. Pietro e Giacomo. In the summer they do a communal meal but now there are so few people walking they don't bother. The place is very clean and well kept. We will leave a 20 E donation as we have said along the way, if everyone would put in 10E then perhaps they could have a local lady clean and maintain it. We passed a village that is very tourist minded with a big pool from the hot springs. We weren't very happy at that point because they had fancy VF signs into the village but it wasn't marked on the way out. We passed a few castles along the way. There is a fortress here as well that we could see from 20 or more kilometres away. We also passed an old pilgrim refuge and church location that Sigeric made note of in the 10th century. There was an information sign outside the small church that indicates that it goes back to the 12 century. The old Roman road is still visible at times that goes by it.
The picture of the church is the church of San Pietro right beside us. It goes back to the 12 th century with Romanesque-Gothic architecture. One thing I won't miss about Italy are the church bells. It happened again last night. Inevitably we are beside the church and the bells ring on the hour and on the half hour. If that isn't bad enough, they also ring the same number of rings three minutes after the hour, just in case someone missed the first rings. Yes, it was all night last night. We found a tiny store open and bought some fresh pasta and sauce to cook in the kitchen. 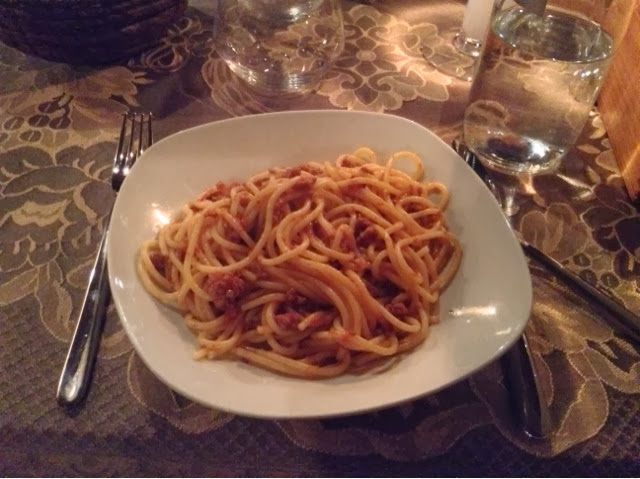 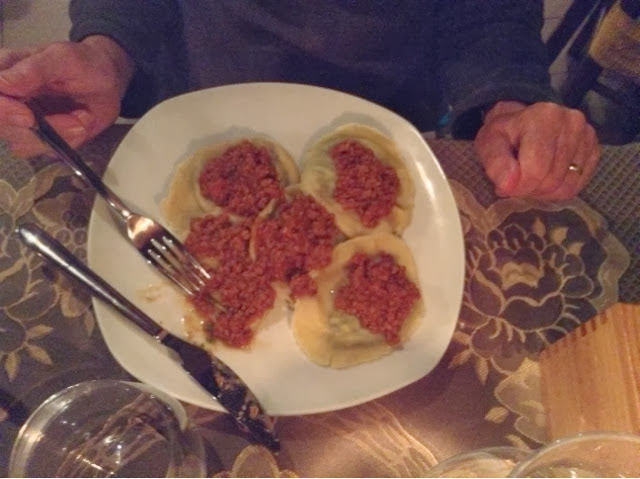 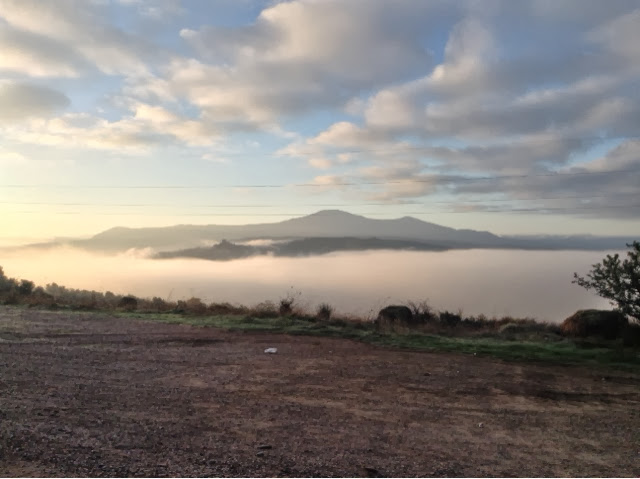 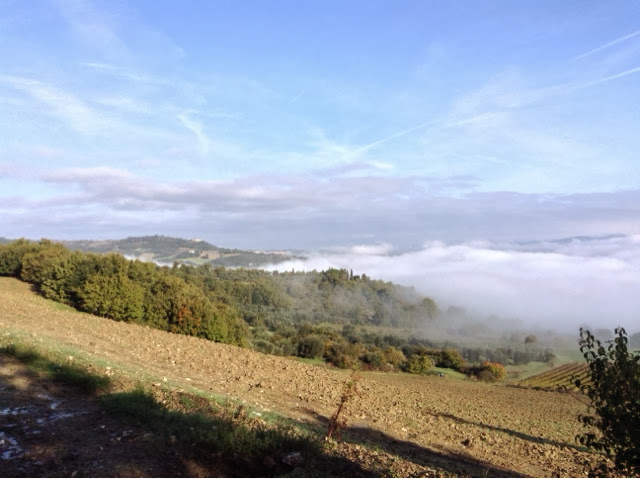 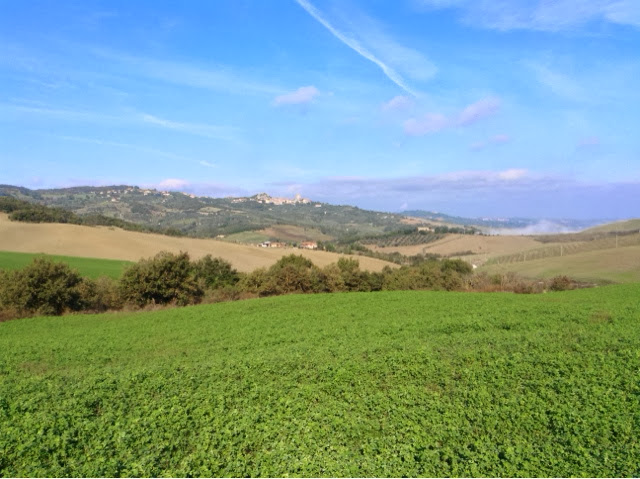 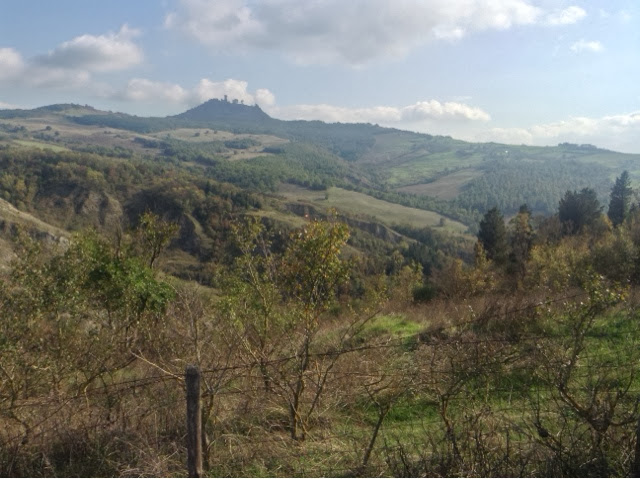 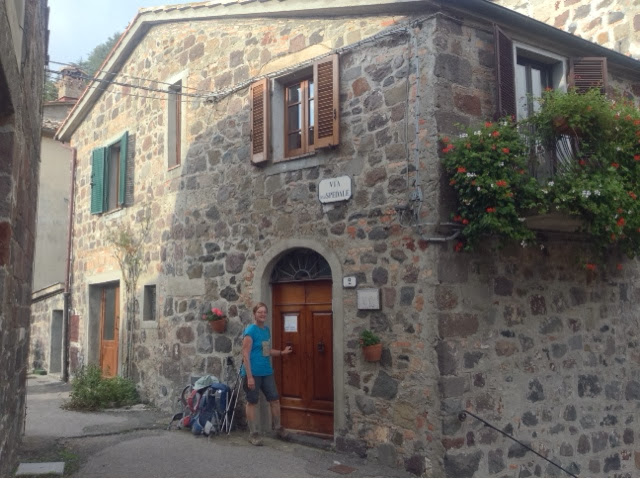 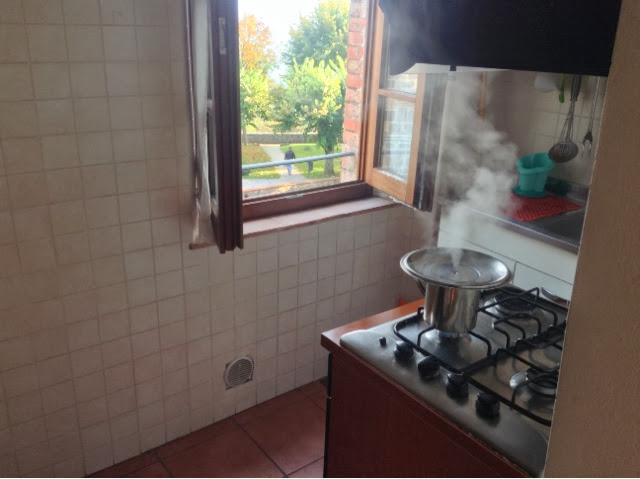 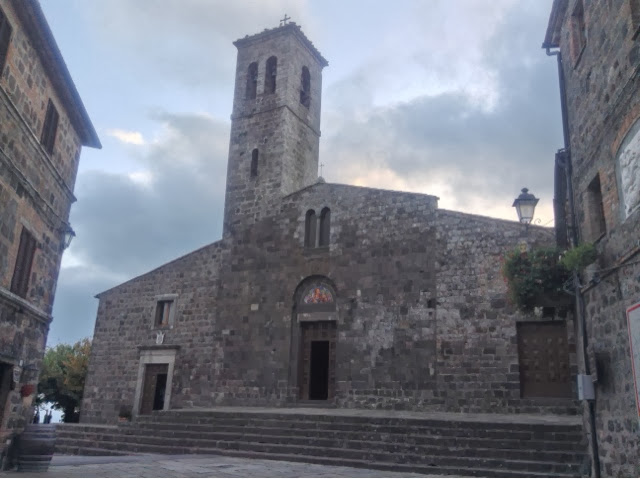 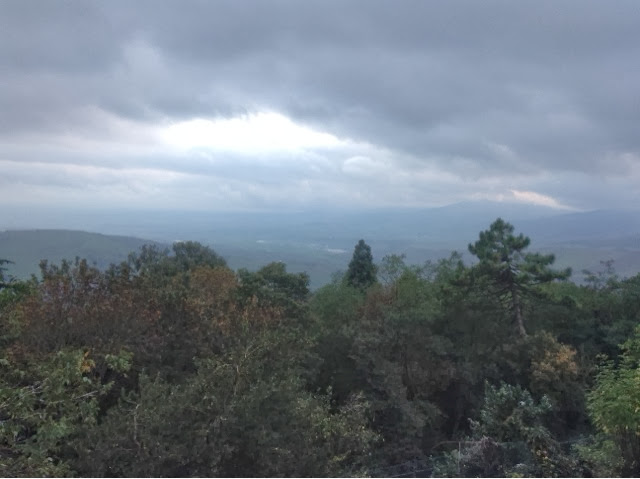