Walking with Angels. Aulla to Sarzana

RIt was another short day in kilometres but very strenuous at times going over the mountains. We are presently in a B & B in Sarzana called Il Viale for 50E. Very nice room with queen matrimonial bed and Signora has made a couple of calls for us for reservations ahead. We left such a good facility in Aulla for a donation of 20E. Ann Marie from the Netherlands was there with us and we enjoyed hearing her life story. We had a great pilgrim meal last night for 10E, pasta, pork chop, salad, vino and natural water(no gas). After we got back to the room, the three of us dug into a tub of frozen yogurt. Never shop when you are hungry. We had our usual breakfast and got away at 7:30am. There was no rain but very misty and overcast. We knew we would be climbing quite a bit today but we didn't know how much or that the trail would be so narrow and ingrown. Bush wracking might be a more descriptive word at times and the going was very difficult and steep, both going up and coming down. Sometimes the coming down can give us more trouble than the going up. I was carrying our mid day meal of apples, bananas, fromage and chocolate so I could hardly wait until three hours were up so we could eat and I could lighten my load. C mentioned more than once that the last three days had been some of the more difficult in terms of strenuous with difficult footing. We had some tremendous views today and as we came down lower we were able to get our jackets off.
When we are continually climbing we have out hats off to dissipate our body heat since we have our goretex jackets usually on. I took a picture of a vehicle called the "Ape". It is kind of a two cycle motorcycle three wheeled job that goes around the corners quick and nearly runs us over. There is also    a picture or two of Bibola. A village perched on top of the mountain and overlooks the whole valley. There is also a picture of a lavoir that is different from any we have seen before. They were much more common in France. We went out for dinner tonight to a place Signora recommended and it was a nice meal. We visited the castle here tonight. We would have liked to tour it but we were too late. We have about 28 kilometres to go tomorrow up through the vineyards to Massa. 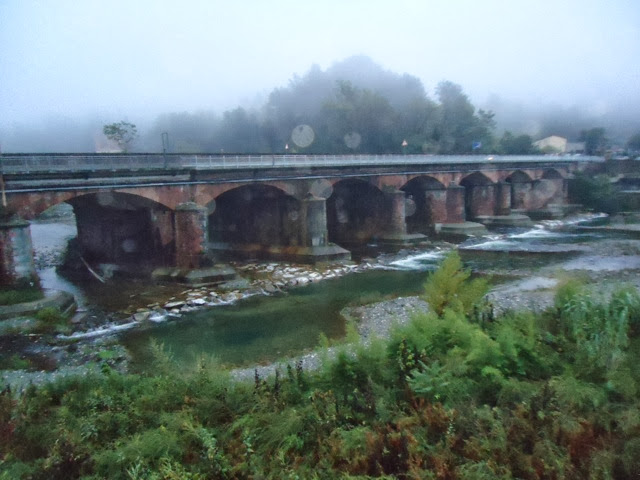 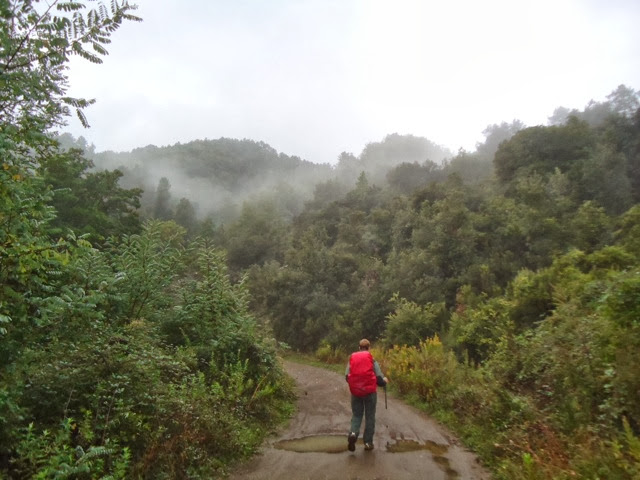 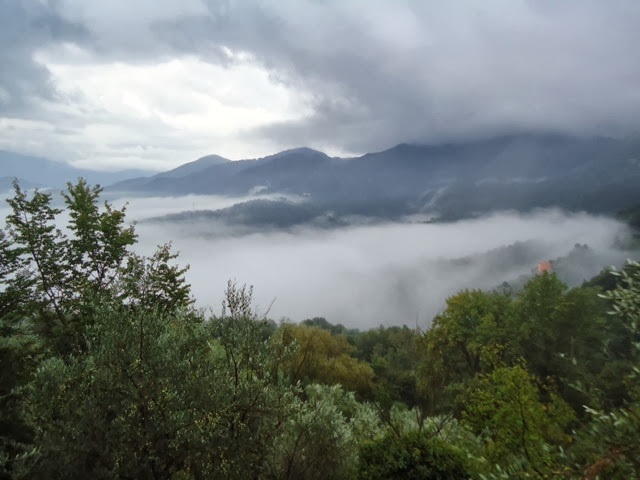 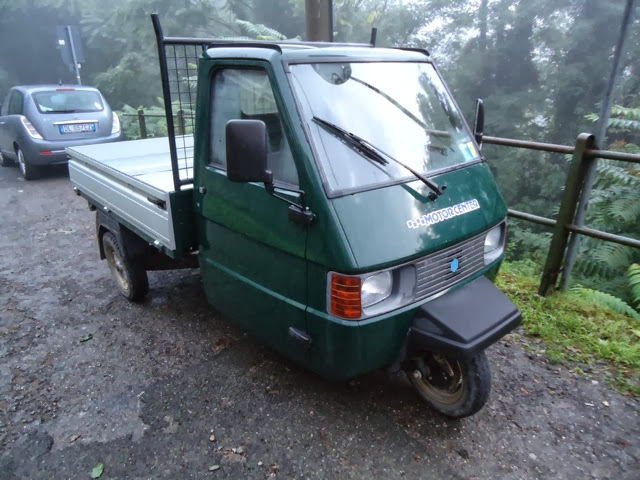 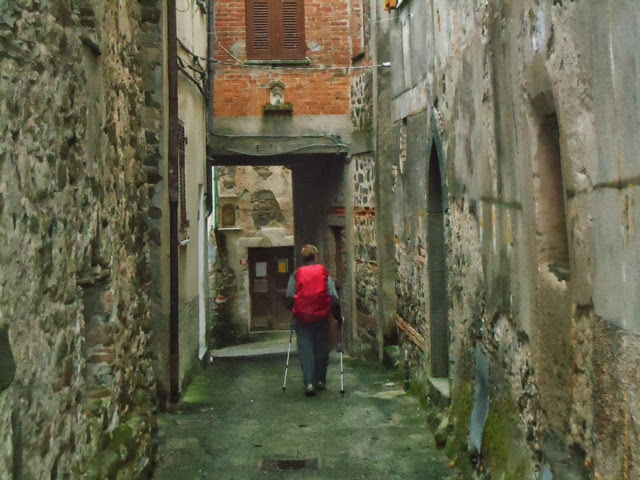 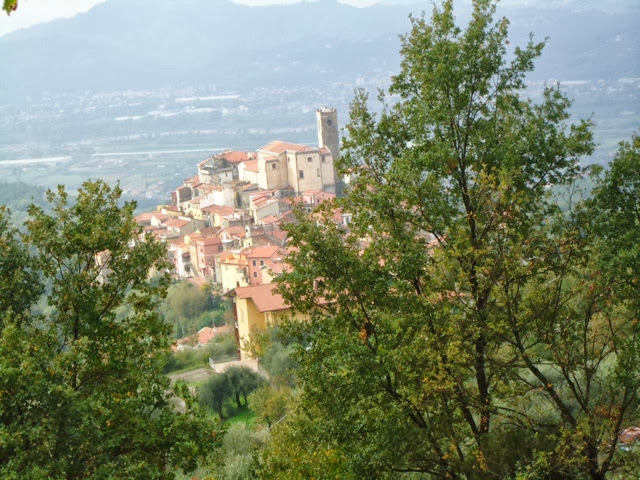 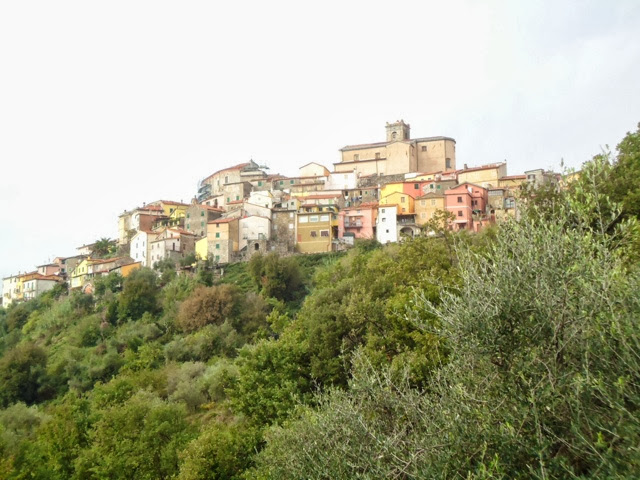 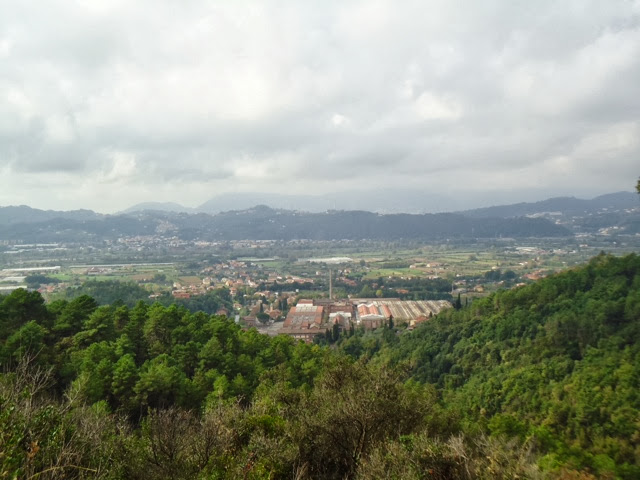 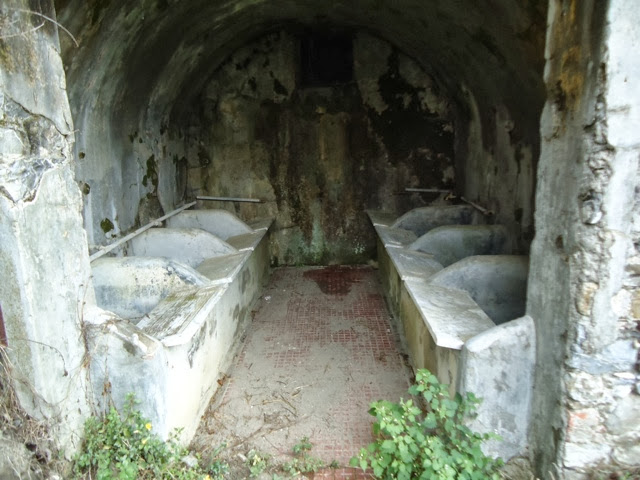 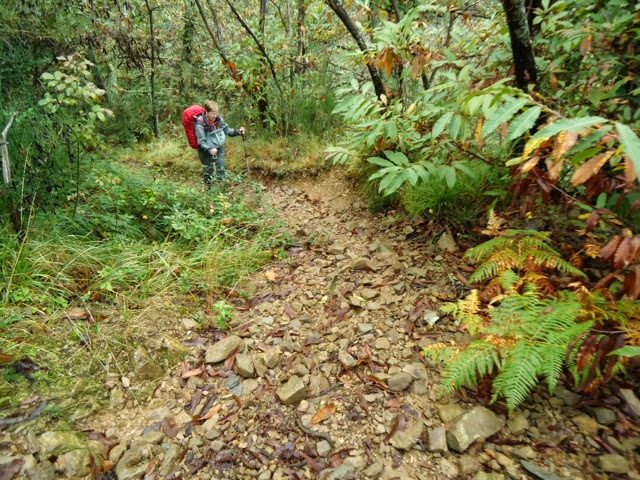