Where to start. It is after 8pm and we have just eaten a very nice roast pork dinner. We are five kilometres out of Fiorenzuola in a up market hotel, Le Route at the best rate they could give us of $80E. We have everything we have with us, and I mean everything, hanging somewhere drying.
The day started out quite normal. We had a nice breakfast in the restaurant in Piacenza and started out walking at 7:15am. The markings weren't great but we were going along okay. Somewhere after a few hours, we missed a turn because of poor markings. We walked about 2kms past the turn and turned around and came back. This day was already in the 30km plus range so now it is in the mid 30's. It is now raining and the trail is not well marked. We know we have to make up some ground but we are bush wracking down along a river and it is starting to get muddy. Then the track leads us in the opposite direction and onto a busy highway to cross the bridge over the river. The rain has now increased into a steady downpour. We are now on and off muddy clay based tracks alongside plowed
Fields. After a few more hours we came to a hollow with water pouring over it and our boots so far had
Held up to the waterproofing, but this was too much. Now we have wet boots and continue along until the rain gets even heavier. Now we have our ponchos over top our goretex, when we come to a stream over the track. It is less than a foot deep but the water is going by pretty fast. Off come the wet boots and socks and on go the crocs. Holding our boots we wade across the stream and climb up the other side. We find a place to put the wet socks and boots back on and down the track we go again.
Eventually we come to our destination about 3:30pm, 8 hours after we started. Now to find our reserved accomodations. After nearly an hour we find the hotel, but it is closed. We asked a young man at the gas station next door to phone the number on the hotel door, but there is no answer. Then along comes smother man and they discuss our problem. Then we get in the car with the first man and he drives to the three other hotels in town, but they too are closed. For what reason other than its Sunday, we don't know. Then he drives us five kilometres out of town to this up market job, and here we are. The receptionist downstairs speaks English and has made a reservation for us in Fidenza our next stop, 20 some kilometres away. This hotel has a shuttle they say we can use in the morning to get us back to where we came to in the afternoon. We both agree that this has been our most trying walking day since we started last year. Some people in town ignored us but two men took it upon themselves to bail us out and we were both exhausted. 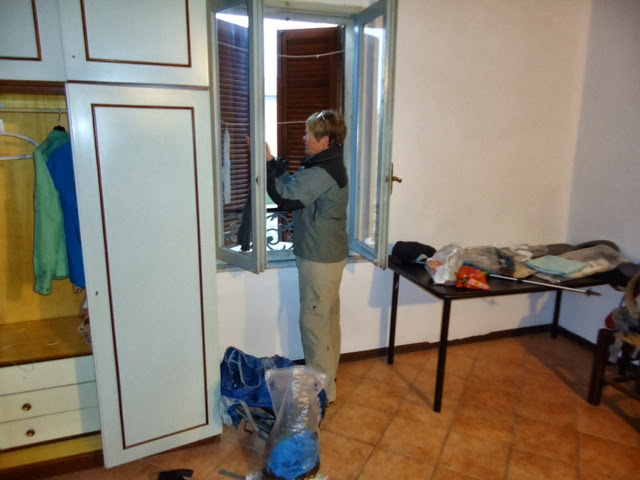 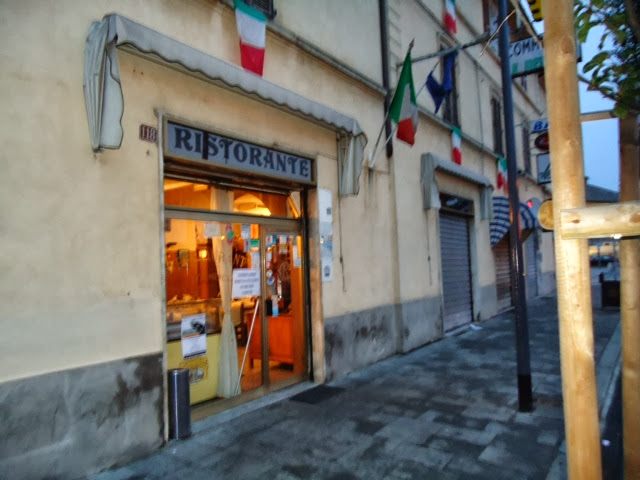 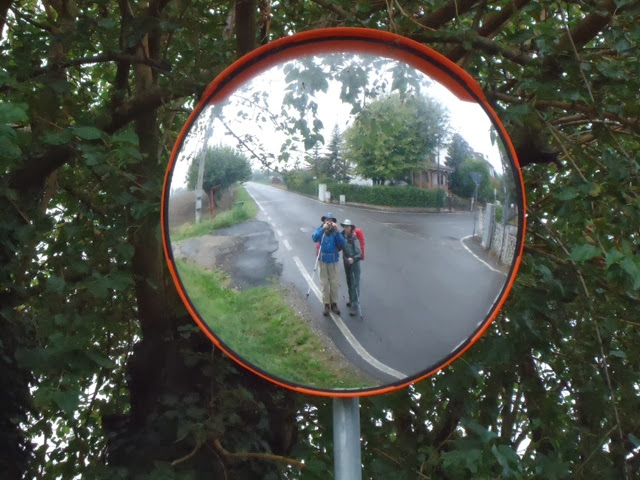 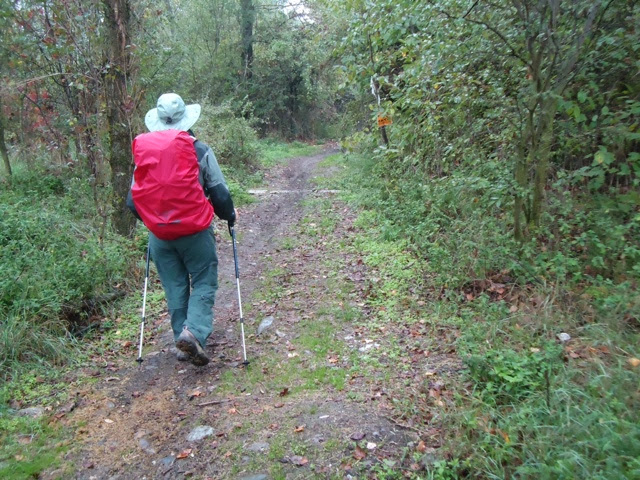 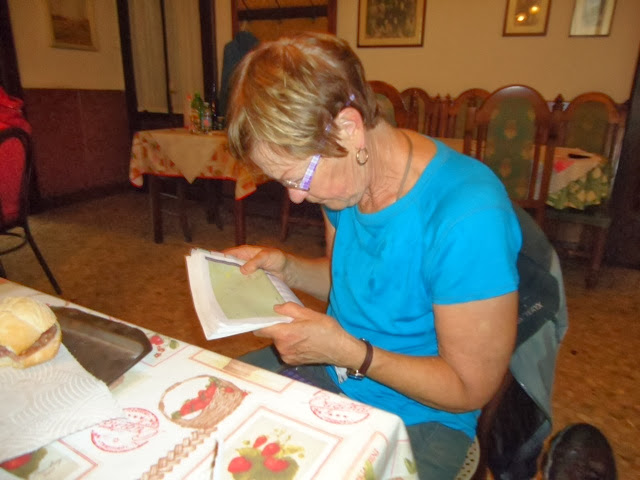 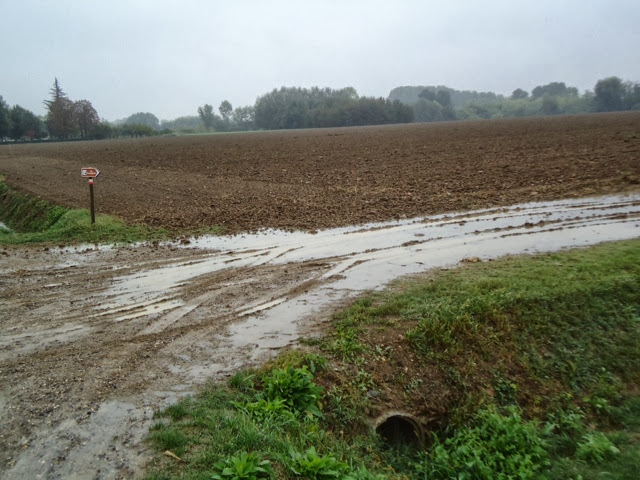 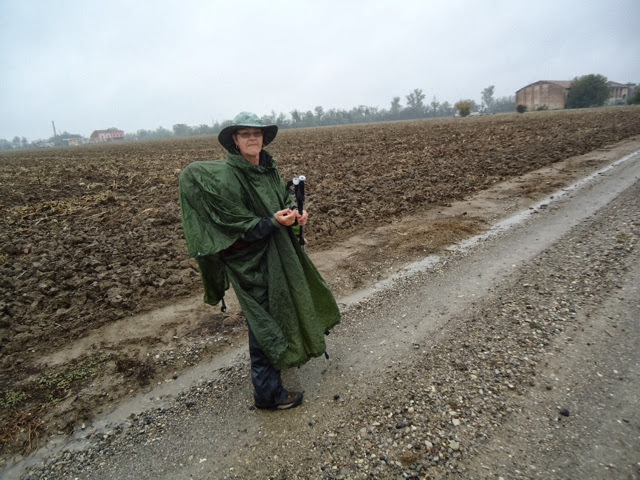 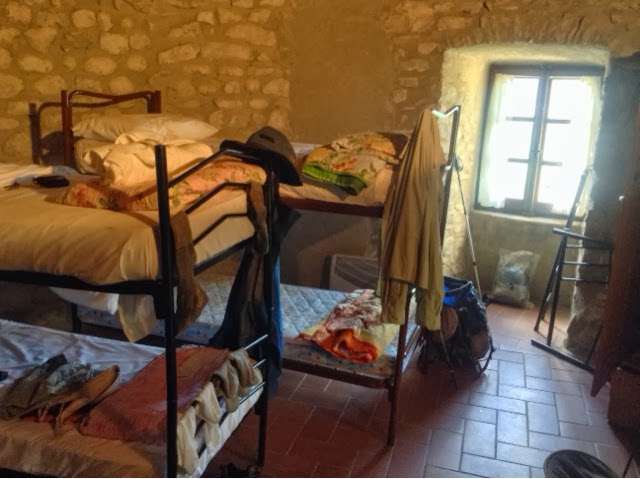