We went to bed early last night, probably around 8pm. We had gone out with Simon to the local Pizza place. It is the only eating out place in town. Simon had a beer and we reluctantly ordered two pizzas.
Oh those pizzas were terrible. We could hardly get them down. I swear, I don't want to see another pizza. At 7pm every pizzeria has pizza boxes stacked sky high, just awaiting the rush of people to order them. We left San Christina about 7:30am this morning. Simon was just getting up. We have a short day and walked at a leisurely pace following the VF signs. We stopped in a village to check the book ans Simon appeared. His feet were much better and he was walking fine. We left and he caught up to us again about 30 minutes outside Orrio Littia. We walked together into town and stopped at a bar for coffee. A nice young lady said she could take us to where we are sleeping tonight, and she did. We were greeted by the mayor no less and he showed us to some rooms above the municipal offices.
They are clean with linen and the water is hot. A bar is going cook us some pasta at 7 pm tonight, no pizza. We will phone the ferry tonight at 8:30pm to meet us at the Po river and take us downstream and across to the other side. Simon has decided to leave us after Piacenza and take the train closer to Rome. He has two weeks or so left for walking and he would like to walk into Rome. I think we will try to get a B & B in Piacenza. We have had these Parrochial places for some time now and I think we need a break. We have not been able to get any internet services. Italy is really behind France in that regard. We have a very long day of over 30k on Sunday and leaving from a city is that much more difficult. One thing we noticed today is that we are leaving the rice country. We are seeing grapes again and pastures with more trees. The picture of the train is the one we see as we walk along. It stops at all the small towns to pick up passengers in its three or four cars. We have walked around the crossing bars many times as they come down when the train is nowhere in sight. We have also had to scurry out of the way when the arms start coming down. 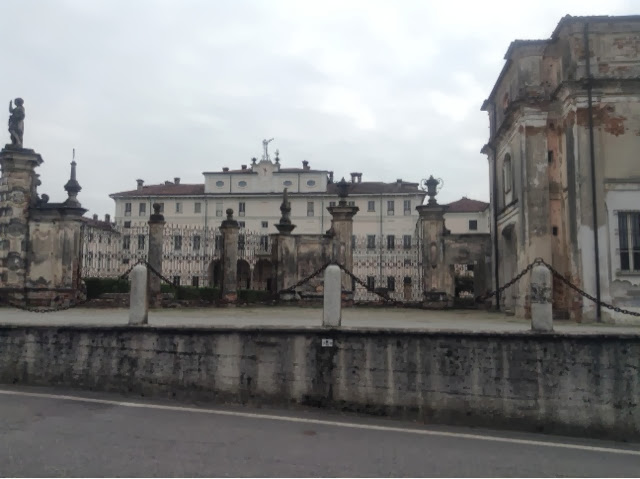 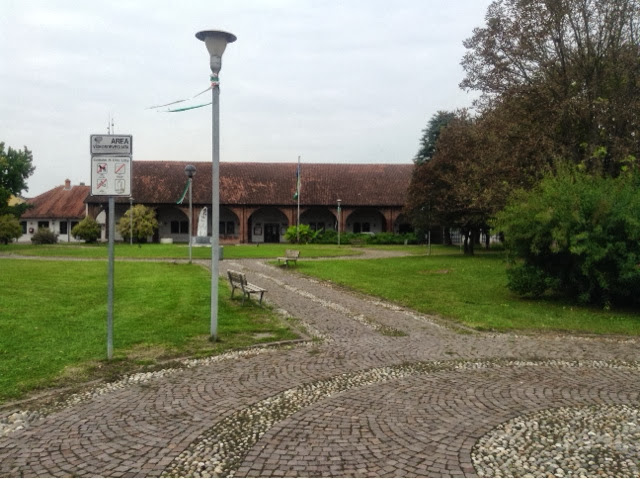 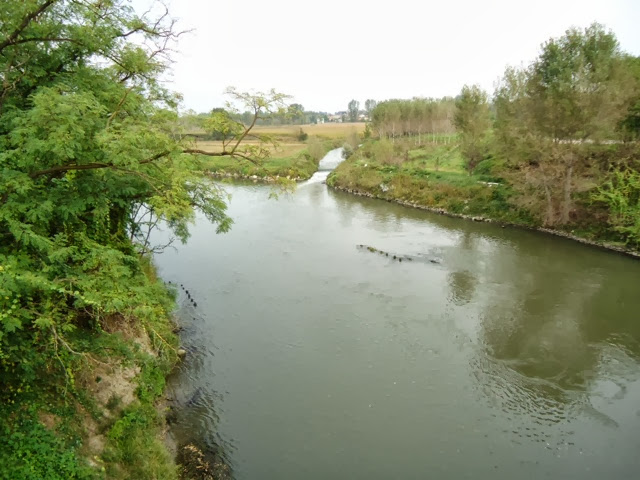 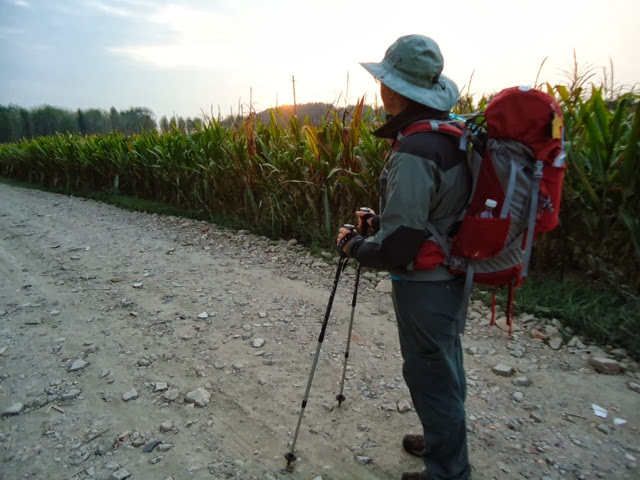 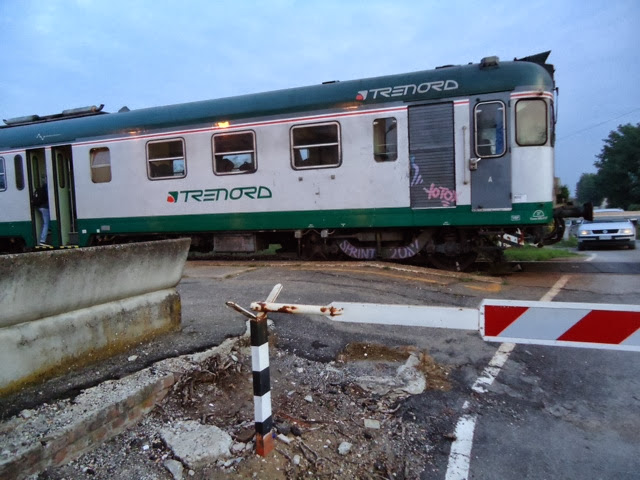