Awoke this morning to the sound of the river going under the bridge next to us. This building goes right down to the river bed and is constructed of brick. It must be fairly old and perhaps used for something else since it was built out over the river.
Where does one start when we had surprise after surprise today. It all started when we opened the door to leave this morning. There in front of the door was a hand drawn map and business card. I know the owner was talking about going a different route when we leave today. We are vary Leary about these route changes not only because of the language thing but also trying to interpret the instructions can be a problem and then where do you go. We decided to stick with the VF route we are following. There was heavy fog when we left at 7am with our lamps flashing. We walked in the dark in the fog watching for the indicators. Eventually we came to the railroad bridge and over it and we knew there was another river bridge ahead. When we got there it was completely barricaded off. Looking closer we could see that all the railings etc in top if the bridge were completely trashed and the 100 foot bridge was buckled in the middle. Decision time. We knew cars couldn't go over it but why not us. I went first and C waited. I didn't fall in so she came behind. On we went getting lost by some poor marking and after a conversation with a farmer we found, we got back on the route. As we went farther we see a group of men and cars behind a barricade again. Yes, it was another bridge trashed by the same flooding. The top structure of the bridge completely gone and the pavement in the bridge buckled. Over we went(see photo) as these guys all watched the crazy pellegrinos. Finally we started up the long slow up we knew was coming. The trail was poorly marked today so there were times we weren't sure if we were on it or not, but after 30kilometres we reached our destination. The tourist young lady here made three reservations for us. She said normally she wouldn't do it but she will for us. We got our supplies for breakfast and while we were at it got a container of gelato. We found a sunny spot to sit and brought out our two mec spoons and polished it off. We saw the two Spanish pilgrims come into town about 5pm. The had a rough day and said they had stayed at that flooded out place the night before. She was badly blistered and was carrying her boots in a bag and had on her sandles. They are staying at a parrochial here beside the church. I don't know if they are watching the money or doing the poverty thing.
Pasta tonight at a place recommended by our last host. Tomorrow 32 kilometres so it will be a long day again. There is a picture of a church from the 12 th century, Santa Maria Assunta. It is small and the nuns were getting ready for Saturday mass. This is a tourist town and the churches are a tourist attraction. We saw a notice in one of the churches that stated in several languages that this building is not a gym or a beach and that proper attire is requested as is silence. Saturday evening is always fun in these Italian communities with people walking up and down the streets, children and teenagers out having fun. We have what we think will be an interesting stay tomorrow night, so we will look forward to that.
I can't say enough about the man whose house we stayed in last night. He was in the middle of having his building next door pumped out with the river silt in it. He still had time to look after a couple of pilgrims with nowhere to sleep and draw us a map to leave town. Walking with Angels. 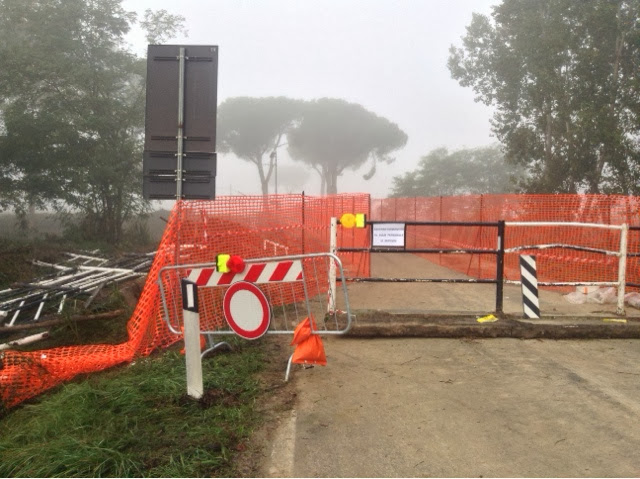 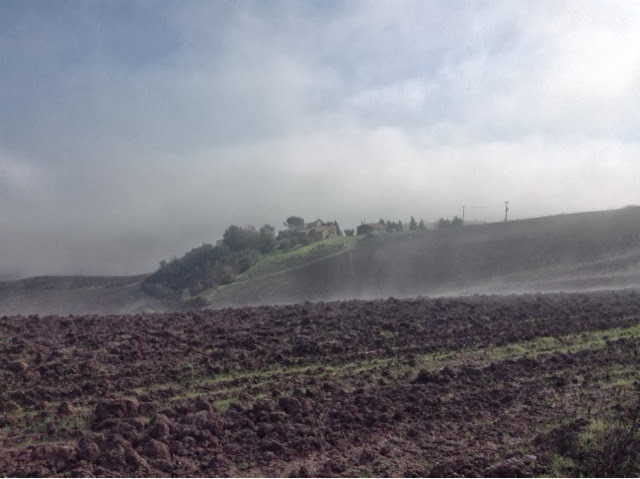 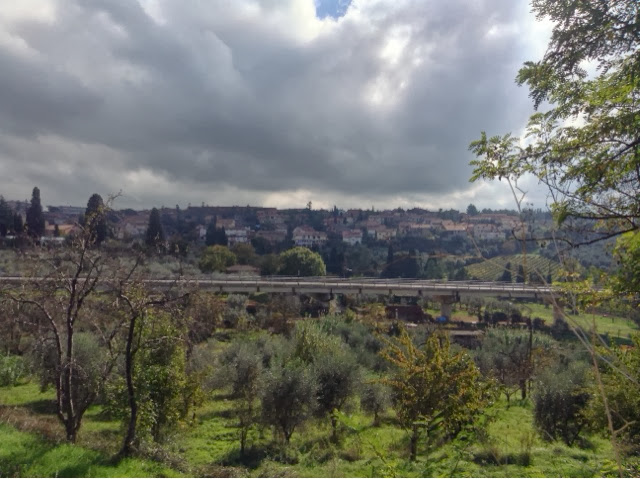 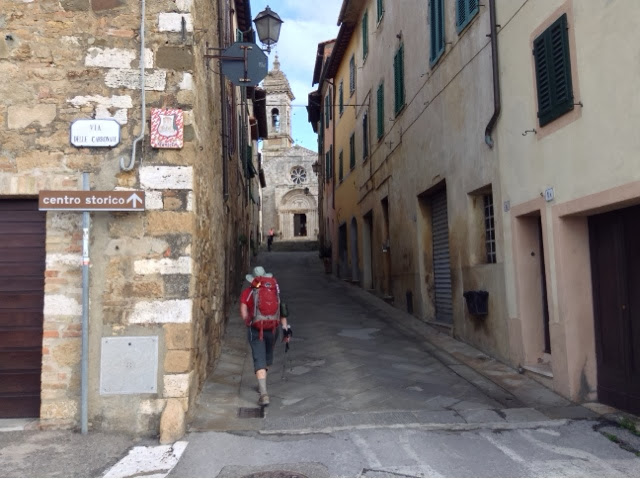 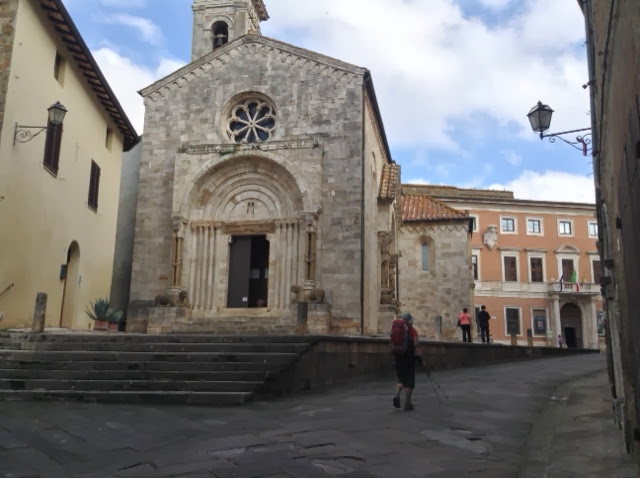 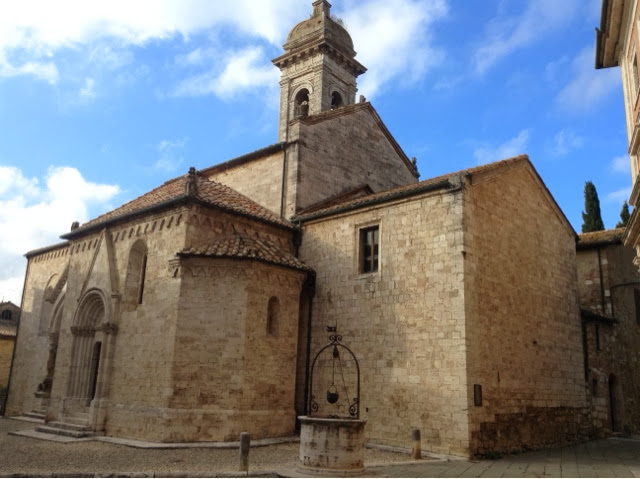 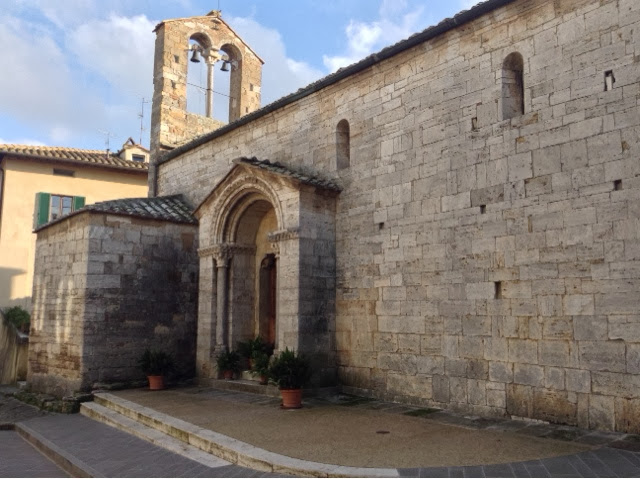 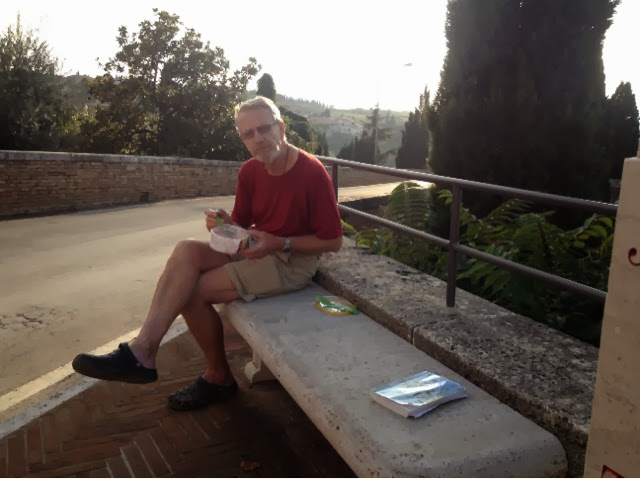 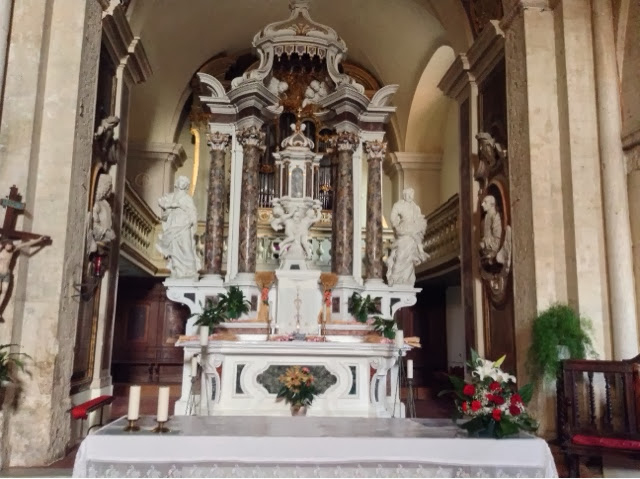