An uncertain day turned into a really good day. There were many uncertainties but they all turned out very well. I listen to the same music every night on my iPod to put me to sleep, Beth Nielsen Chapman
Hymns. It is such a good cd. Charlotte wants another chapter or two of the iBook, My Storey. I have to admit it is a captivating read. We both wear our Petzl lights around our necks at neck at night so if we ever have to get up, we can see where we are going. Daniella's sister(we never did see Daniella) made such a good meal for us last night. At 7am we were ready to go but Signora said she would open the cafe at. 7am. We waited awhile and then left following the VF indicators which are pretty much the red and white stripes. It was well marked the whole day. It was continually up leaving the city and although there were a few flat spots, we knew that since we are crossing the Cisa pass with a 4000 foot altitude change, it would be up most of the way. We were on the tarmac a good percentage of the way when all at once there was a change in direction up a clay/gravel track. The sun had been out earlier but now the wind was colder with dark clouds threatening. We had our heads down grinding out the kilometres before it might rain. Up and up we went. Sometimes we didnt realize how far we had come up until we looked back. Once in awhile there were trail markers but we really didn't know how much farther we had to go to get to our destination Cassio. Every time we thought that maybe we were at the top, the trail would start up the mountain again. For the first time since we started four weeks ago, I heard a grumble from Charlotte. "This is worse than Grand St. Bernard". After 5 1/2 hours we broke through onto a tarmac road with VF indicators. Down we went for a couple hundred metres and then the trail went into the bush again. We followed it until it seemed to be working its way back to where we had come. No way, back to the Tarmac road and followed it down the hill. Looking out over the valley from the road, you could tell we were 4000 thousand feet up and it was straight down from the side of the road. Down the road we walked not knowing what we were going to come to. After. About a kilometre we rounded a corner and there was the sign saying Cassio. Neither one of us could believe it, but we had arrived where we were supposed to at 1pm. Where on earth that trail we were following led to, we have no idea. After a beer and spaghetti dinner we are in the Ostello where we have a double bed and lots of blankets. The wind has been strong and cold all the time we were climbing and it is still blowing hard here this evening. Our room is like an ice box. We play crib in the bar because it has heat. Charlotte always wins 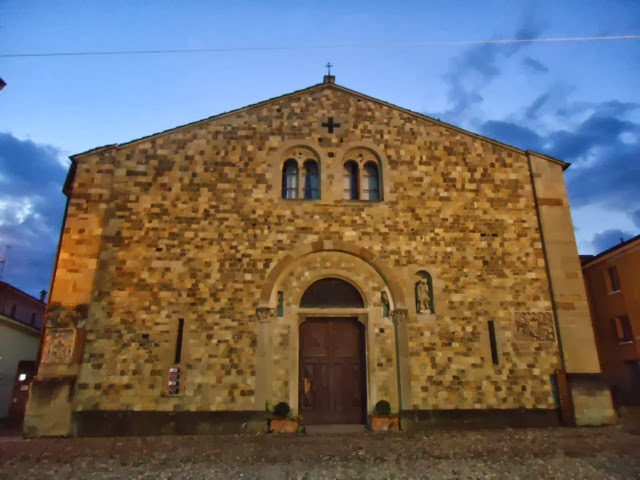 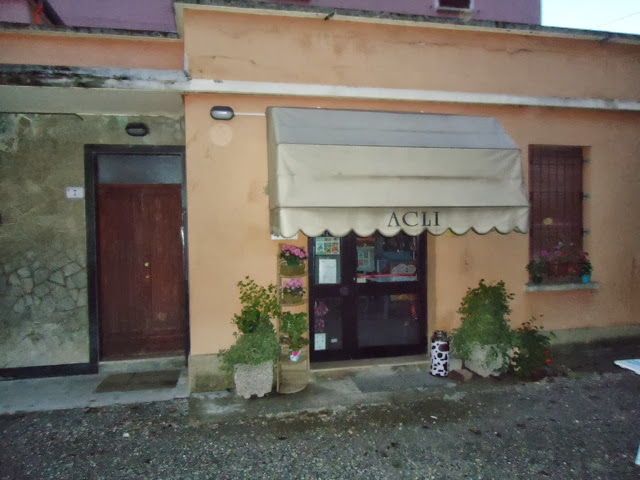 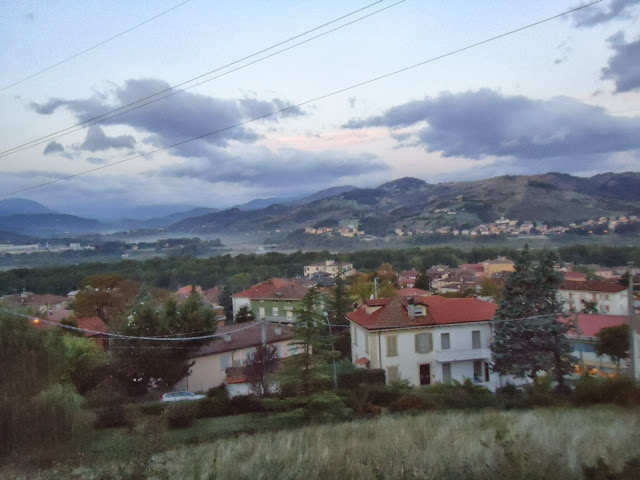 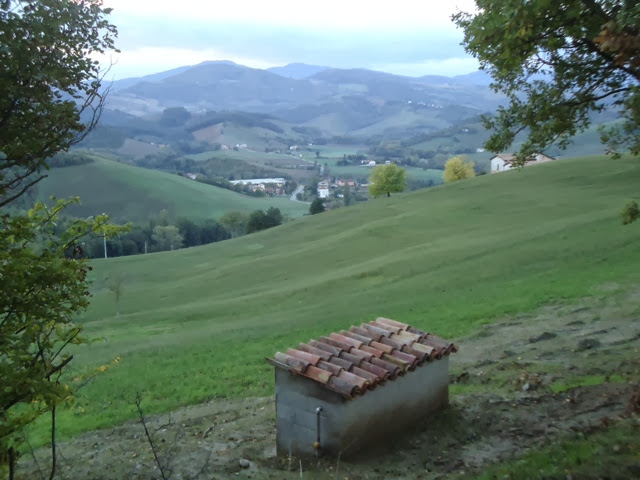 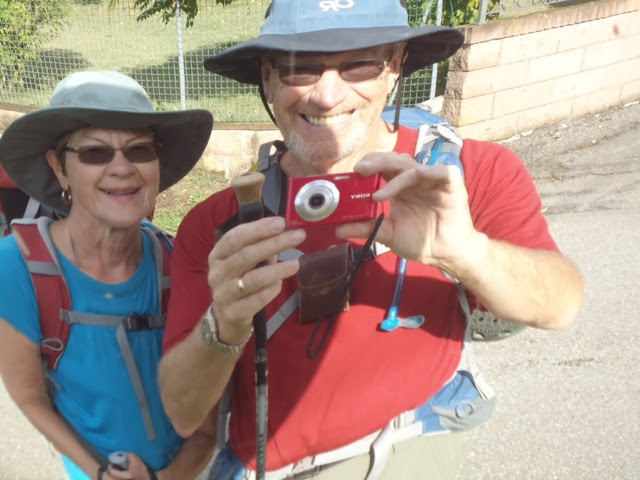 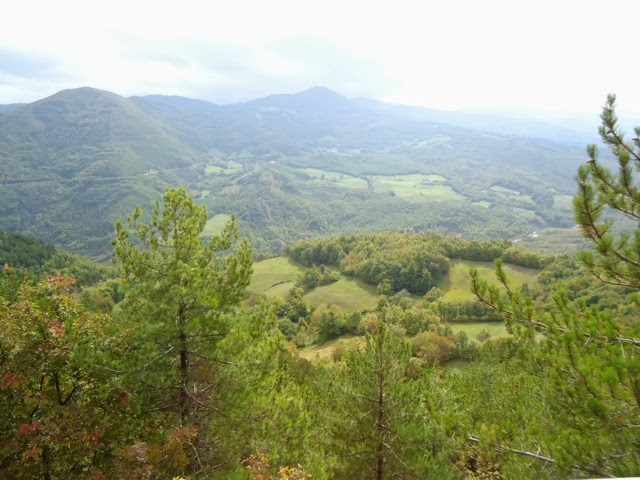 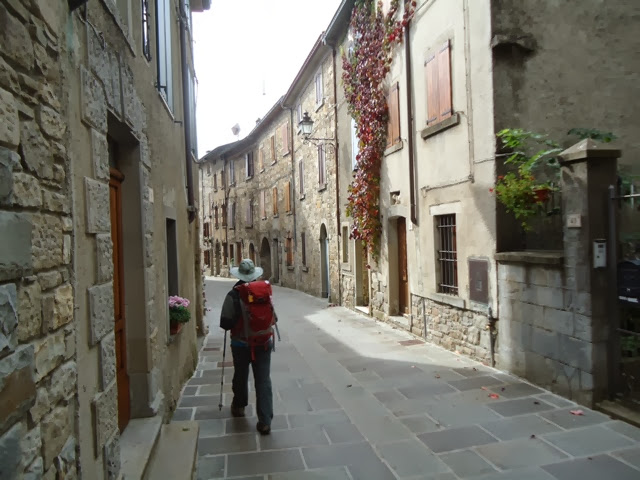 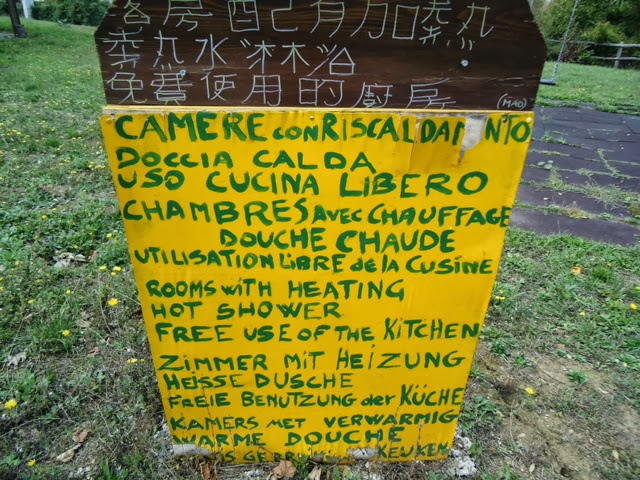