LEvery day is an adventure all on its own. At 1:30pm today we arrived at Locanda Degli which is 2 kilometres past the Cisa pass. This is the name of a hote/restaurant 2 kilometres from Cisa pass. Andrea in Cassio had given us the name on a card as well as phoned them for us yesterday. We didn't know exactly what he was saying at the time. He had told us that we couldn't stay at the Ostello in Della Pisa. We were booked into there two days ago. When we walked by it today, it was closed. We don't know how he knew but he did. We have a nice matrimonial room with a queen bed for 50E including breakfast. Backing up to last night, there was a tremendous wind blowing during the night. We could hear the rain beating on the skylight. When we woke up in the morning we were alone in the large stone building. Andrea the owner just left us a key. We went downstairs in the morning to make breakfast as he said we could. We had never seen such a well stocked kitchen. There was every kind if juice, milk, bread, fruit etc. We put the kettle on for caffe with toast and cereal, so we were happy. He had sandwiches made so we each took a ham sandwich. In the middle of a pile of biscuits we found a donation jar. You can see by the pictures of the table settings, he meant it when he said make yourself at home. There was a complete bar with every kind of liquor. Everything was on the honour system. How could you ever not pay for anything you took. At 7:45am we left following the VF indicators up and over the hills, sometimes coming back to the road that twisted and turned along the mountain. As we walked along we had no idea what Andrea had written on the paper other than it was 2kilometres past where we were originally booked. About 11:30am we came to the Cisa summit. There was a fantastic old stone church with such a unique structure inside, stain glass windows surrounding the outside and hand carved seating in the naves. The sanctuary had individual chairs with a dome ceiling above the altar. With the elaborate staircase leading up to the church it all added to the overall impact in such grand setting on top of the pass. We were very fortunate to be there on a clear day. We showed the card that Andrea had given us to a lady in the tabac and she indicated 2 kilometres down the road, and here we are. The room is very clean and so are the sheets, all a good sign. Earlier in the day when Charlotte was leading the way, she turned around and said, there is a donkey on the path. When we got up there, it was four of them and they followed behind us up to the style. The rain last night made going up and down the stone paths difficult and slippery. The trekking poles have saved us more than once, especially when the going down the steep slopes. 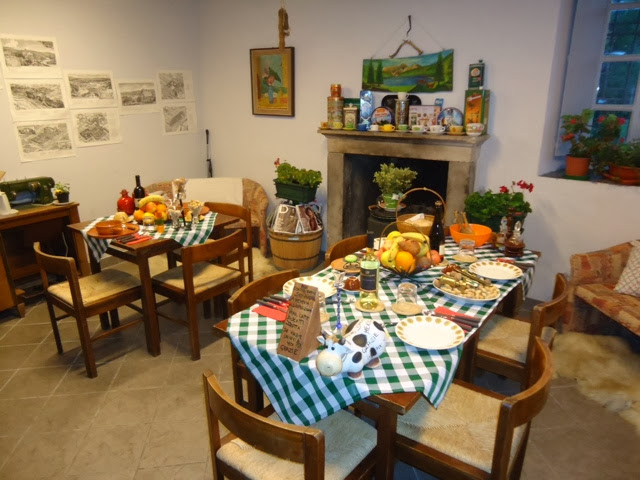 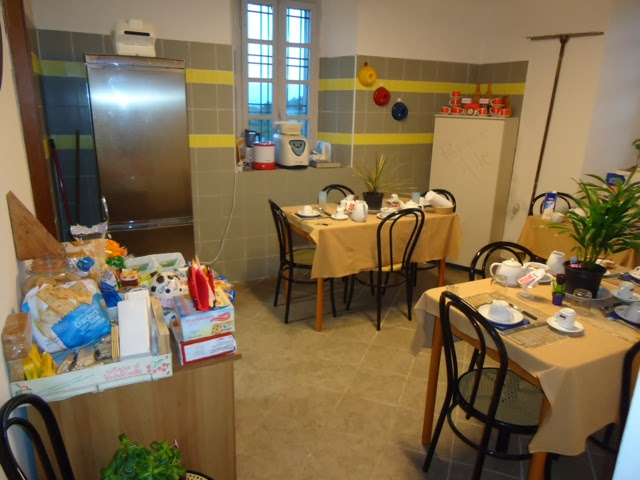 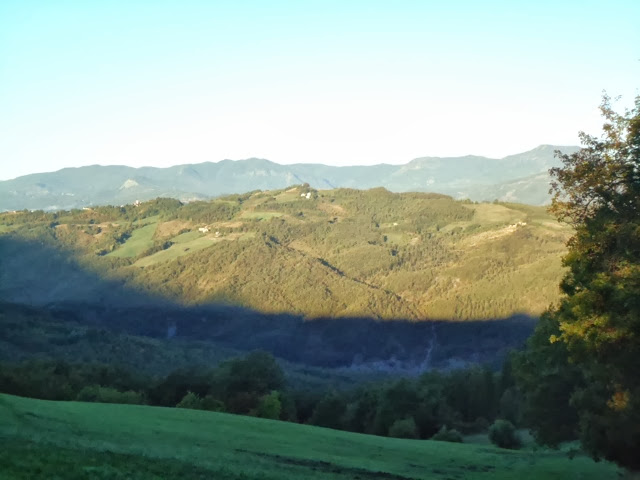 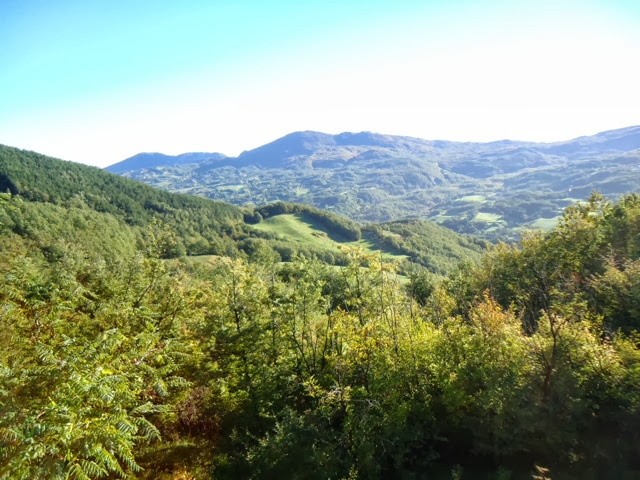 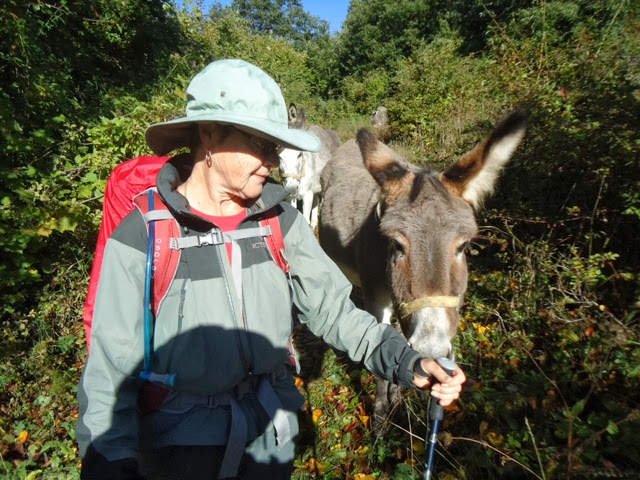 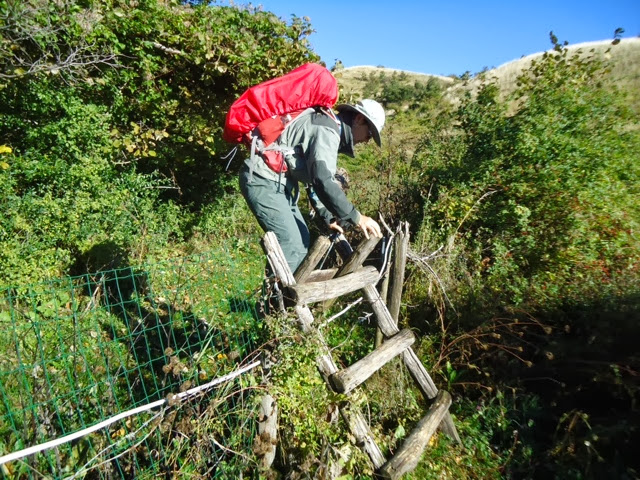 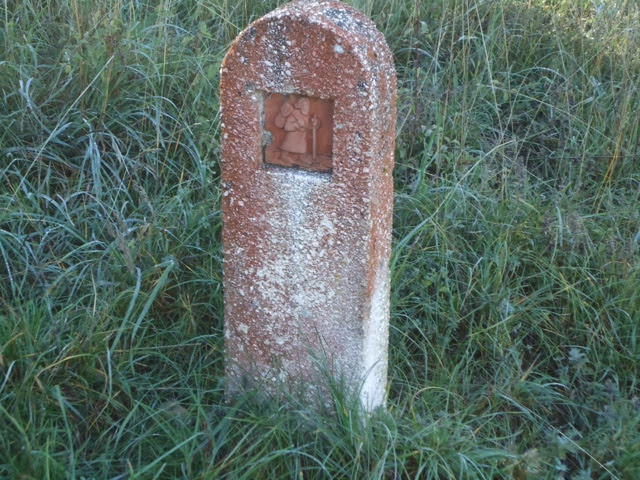 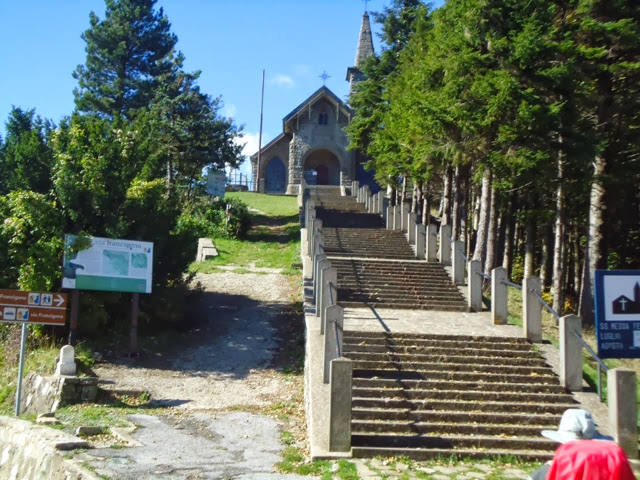 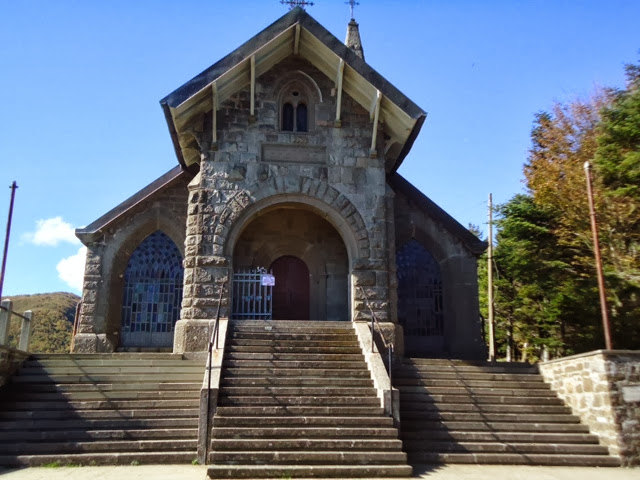 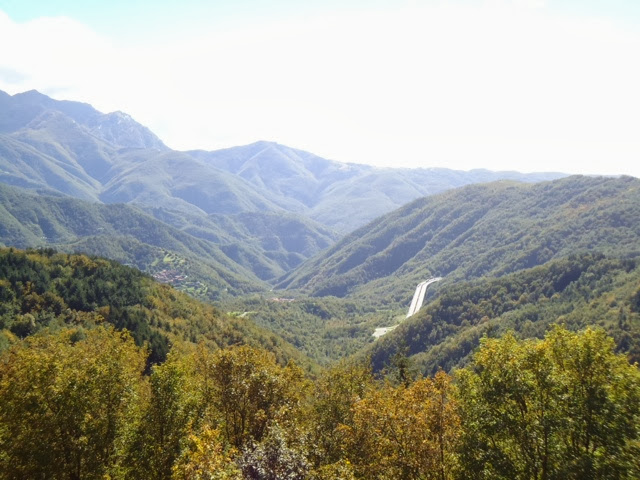 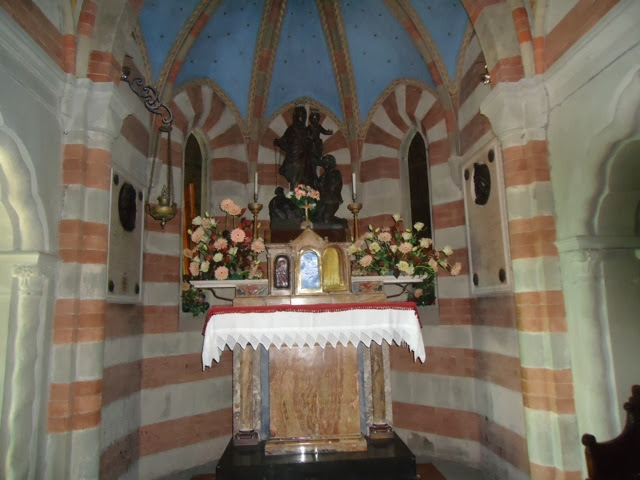 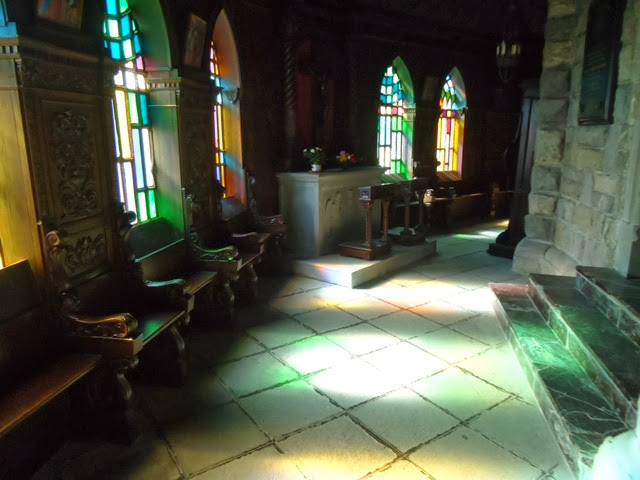 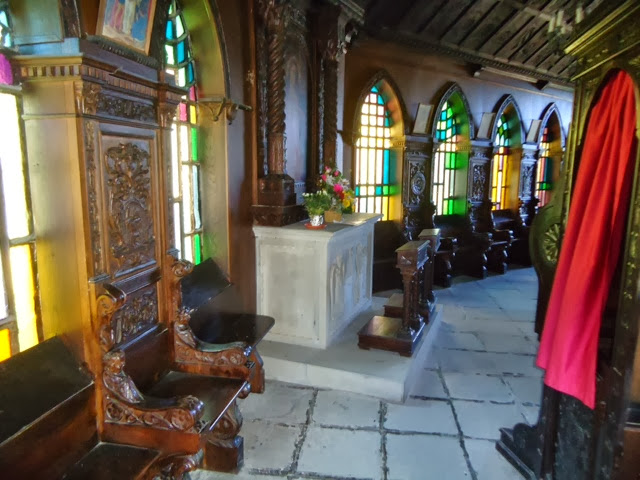 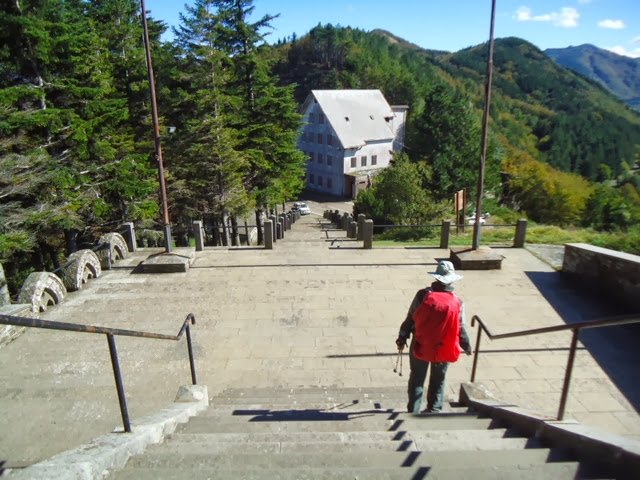 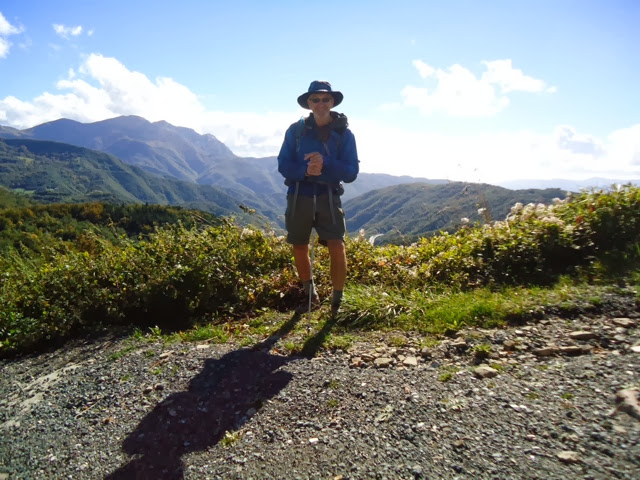 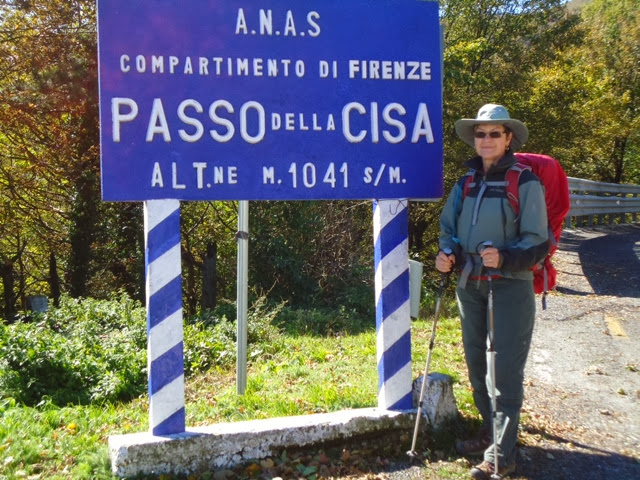