Walking with Angels. Mortara to Garlasco

We had decided to start off with the guide book and follow it instead of just the VF signs. Little did we know how big a mistake this was. It started out fine as we left around 7:15am. For about an hour we walked following the guide book until the trail we were on abruptly ended. There was no where to go, we couldn't figure anything. Just then a man on a bike came along and showed us how to get to the village we were going to. Determined not to give up on the guide book, we tried to find the house number 33 where we were to leave the village from. After wasting an hour going in circles we finally located the right street and finally the right house number. When we found the track marking the VF trail, away went the book along with a few choice words for the author along with it. It was like a breath of fresh air walking along while watching for either the red and white flashes or the pilgrim insignia with an arrow. The only way we found our way on the right path from the last town was because of the graveyard. The guidebook had mentioned a graveyard so through many hand motions we were able to ask where the graveyard was. Since we had wasted time, we were soon on our 5km an hour pace and made up for the lost time. About 1:30 we arrived in Garlasco and walked along the Main Street until we came to a large church. While we were looking at our papers for the name of the church of San Rooco, a couple of local police were watching us. I walked over and showed them the name and one of them led us up a street to a large building. I rang both buzzers and the policeman stayed and watched. Finally someone stuck their head out the window and the policeman told him we were pilgrims looking for our room. The priest phoned someone and they came and showed us to a nice little room with three beds and a washroom. We have a key to the outside door and he showed us the mailbox to leave the key in when we leave. We asked the priest to make some calls to Pavia for accomodations for tomorrow night, but he couldn't find one for us. Charlotte asked a couple of ladies in a cafe and they made numerous calls for us and still no room. Finally we were resolved to having to get a hotel room in Pavia. So with our book marked with appropriate priced hotels, out we go. We stopped into a little store for tomorrow morning's juice etc and the store owner said he would make the call for us, and so he did. We now have a room in Pavia somewhere in the downtown for 50E. He also told us of the best pasta place here in Garlasco, so we are set for supper tonight. There are a lot of young men standing around with their tight pants drooping down, smoking and trying to look like James Dean from fifty years ago. We can't believe the number of people smoking, young and old, men as well as women. People riding bicycles smoking. They are certainly behind the times. It reminds us years ago in Spain with all the smoking. 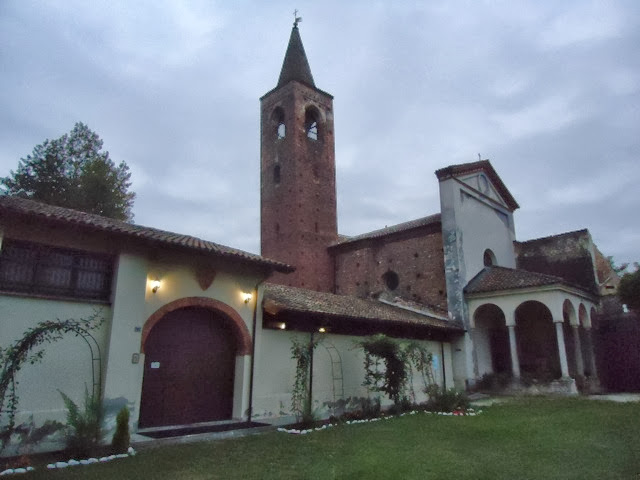 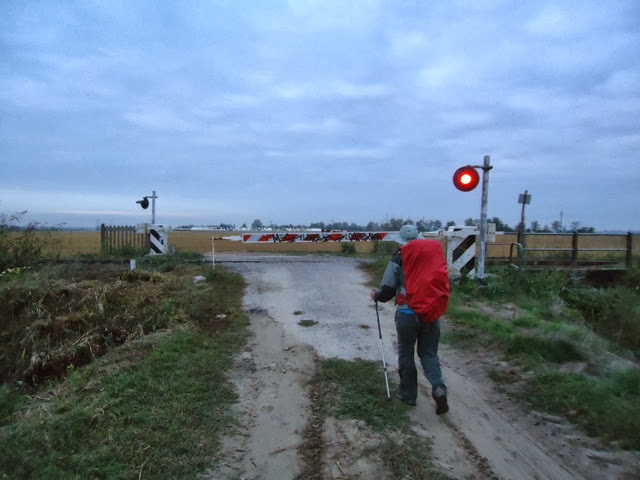 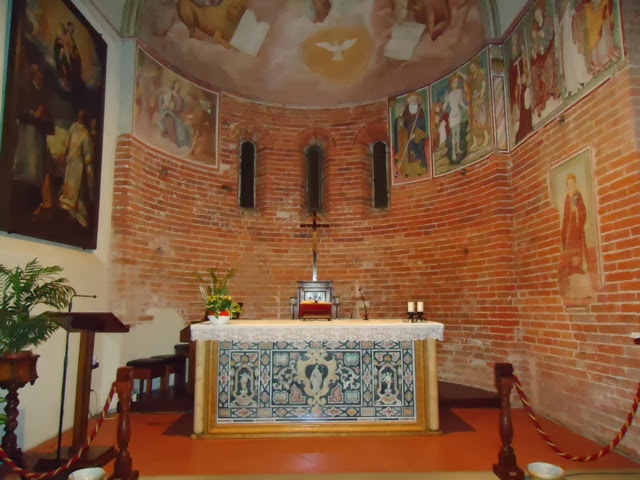 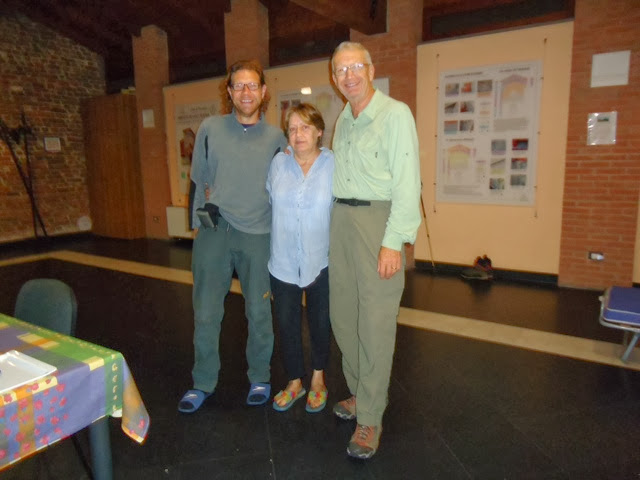 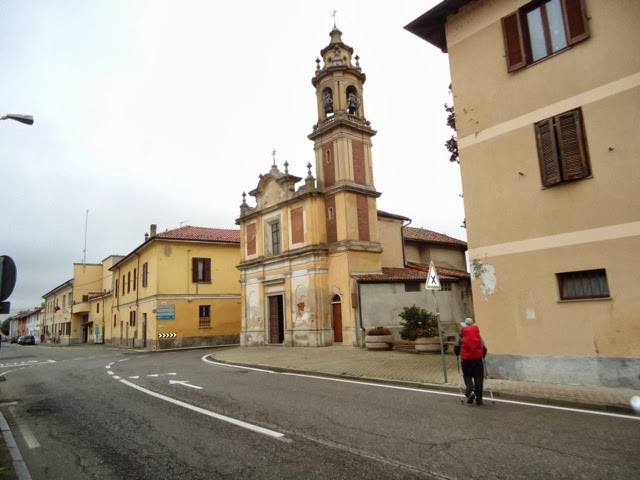